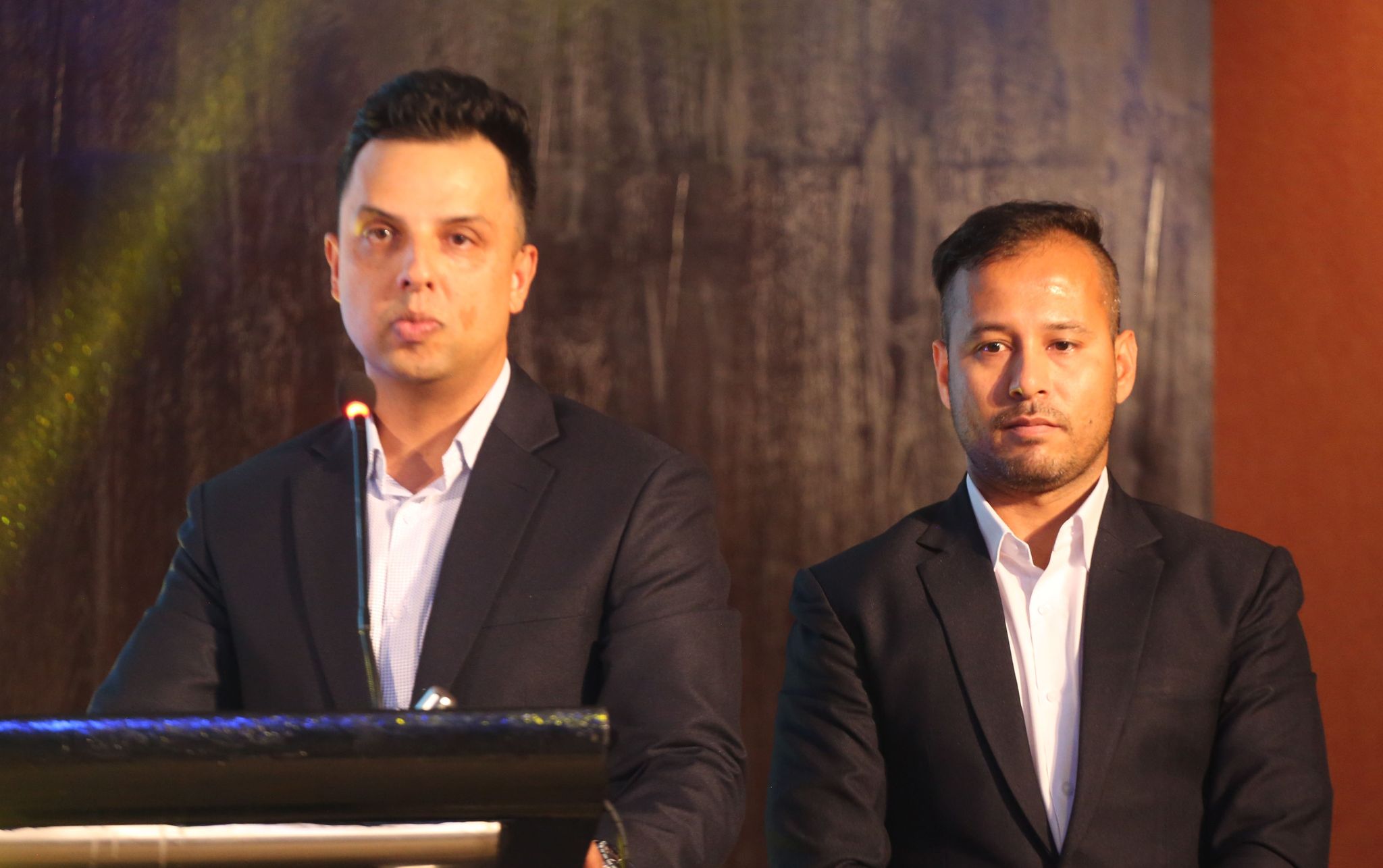 Lumbini All stars, one of the six franchises of Nepal T20, unveiled their logo today during the press meet. The logo reflects Lumbini, the birthplace of Lord Buddha. So far four teams – Kantipur Capitals, Biratnagar Superkings, Lumbini All stars, and Janakpur Royals – have been formally announced.

The logo was revealed in the presence of Team Owner Sanjay Sharma. Bardan Chalise, the former national Cricketer, Ashik Tamang, and Utsav Sigdel are other co-owners in the Lumbini All-stars. Owner Sanjay Sharma said the reason for involving in the Nepal T20 is his love for the game.

Players’ announcements will be made in another press meeting. Along with Logo, the franchise also launched the team’s official website on Monday. All the rights have been sold to Indian company Seven3sports for an almost one-month-long tournament that will take at T.U Ground.

Lumbini All stars already had six years experiences of existence in different forms in the U.S domestic franchise system. They said that they are thankful for CAN and its strategic partner Seven3sports for organizing the Nepal T20 league.

Ashik Lama, one of the co-owners of All stars, said that his team was enthused about representing Lumbini and Bhairahwa and shared that the franchise was looking forward to inspiring the youth to pick cricket as a career.

Sharma expressed his delight in being able to work with Nepali Local talents in helping, managing, and contributing to the franchise development in Nepal.