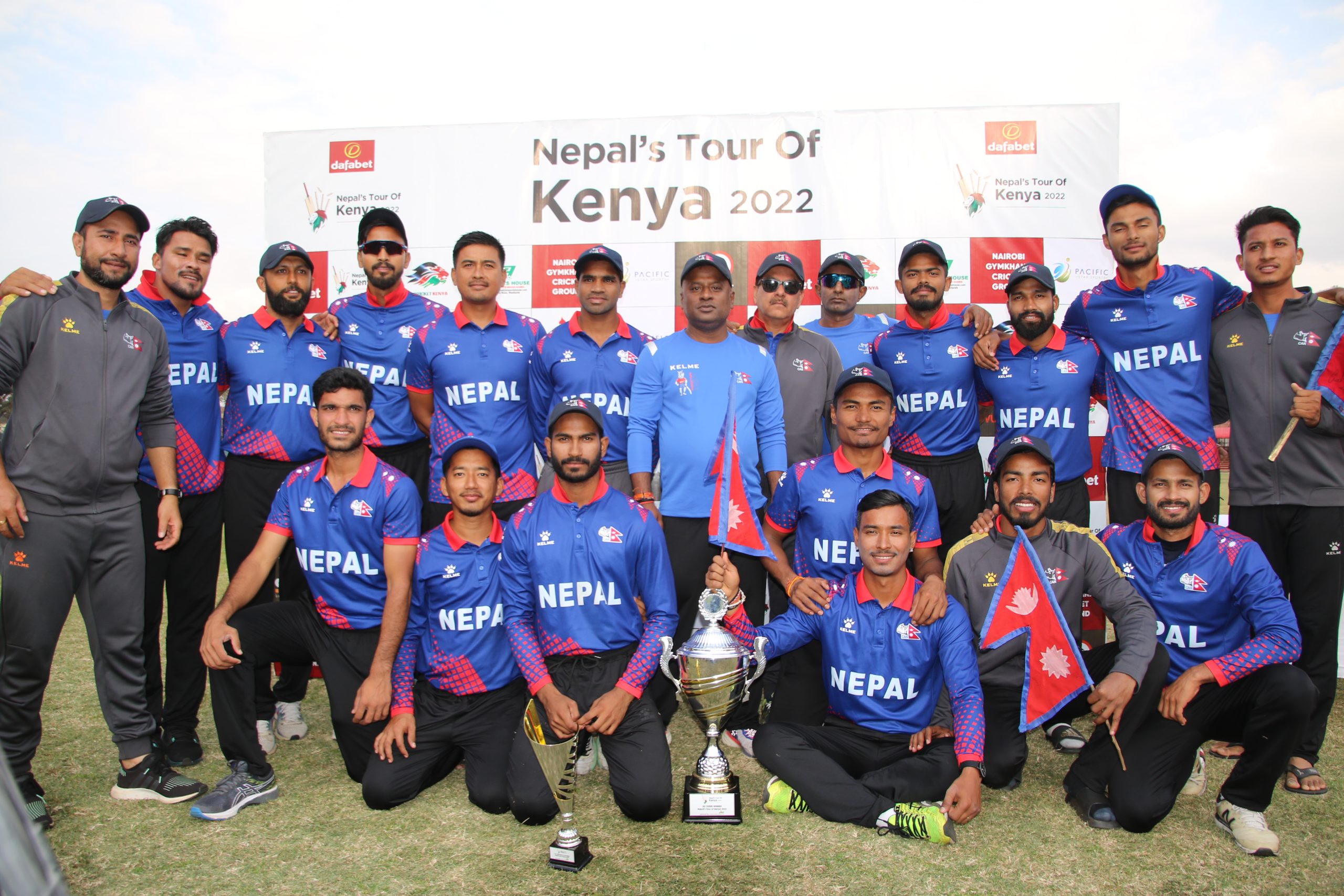 Courtesy of the impressive batting performance in the third and final one-day, Nepal whitewashed Kenya 3-0. The visitors chased down 256 in 47.1 overs to script their highest-ever successful run-chase in List-A matches.

Aasif Sheikh hammered a sublime 43-ball 56 to give Nepal a solid start chasing 256. Asif, who looked fresh from his century in the first match, hit 9 fours and 2 sixes. He put 73 runs for the opening partnership with Arjun Saud, who made a steady 58 off 90 balls.

With 93 runs still to get, Nepal found themselves in a tricky position (163/4). Thanks to a resolute 95-run unbroken partnership between skipper Rohit Paudel (46 *) and Basir Ahamad (52 *) that took Nepal home by 6 wickets.

Kenya posted a competitive total (256/9) on the board after winning the toss. Collins Obuya top-scored Kenya’s innings with a handy 84. Similarly, Lucas Oluoch contributed a crucial 59 off just 27 balls. Hard-hitting all-rounder blasted 5 fours and as many sixes during his blistering knock.

Sukhdeep Singh, who has had tough series, made 37 before losing his wicket to Basir Ahamad.

Collins Obuya, who scored 111-ball 84, bagged player of the match despite his team losing by 6 wickets. Asif Sheikh, who featured in only two matches, was named player of the series for his century and half-century in the one-day leg. Nepal won the T20I series 3-2.