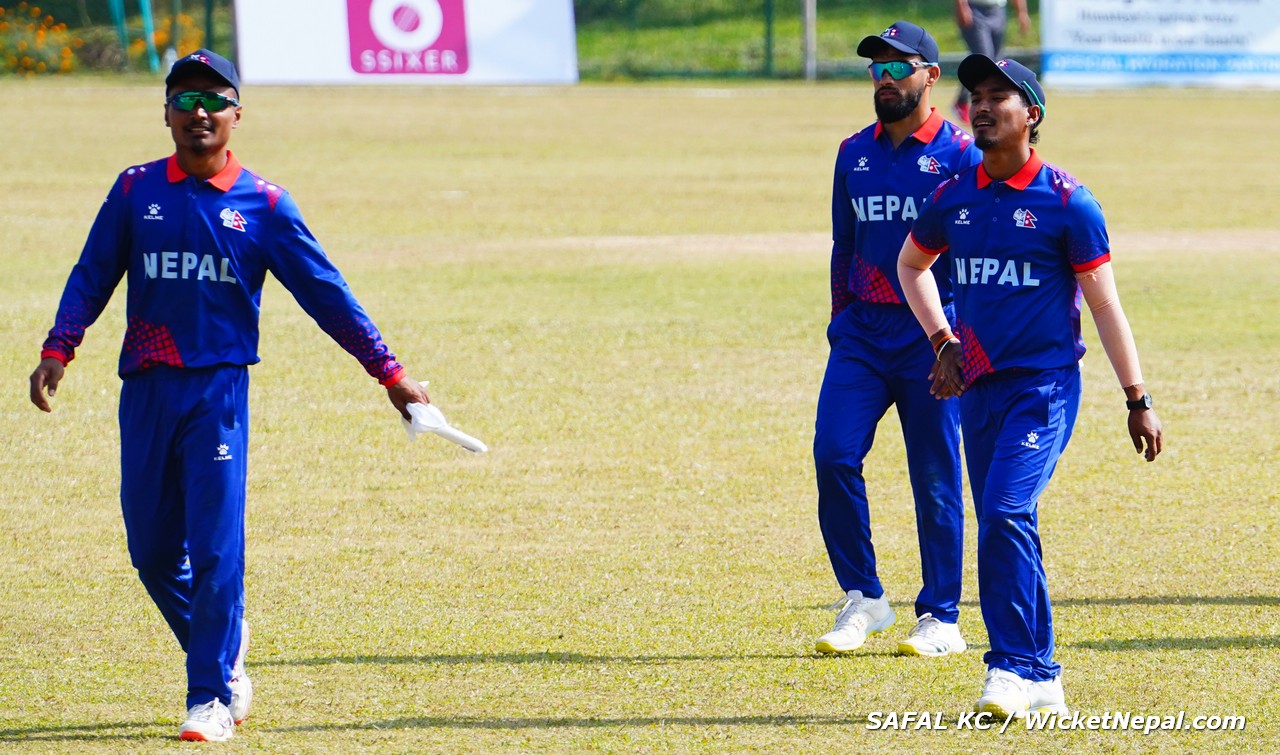 Aayan Afzal Khan‘s deadly bowling in the debut ODI defeated Nepal by 84 runs in the first match and the visiting team UAE took a 1-0 lead in the three-match one-day international series.

Pursuing the target of 264 runs given by the UAE at the TU International Ground, Nepal made only 179 runs by losing 9 wickets despite batting the entire 50 overs.

While chasing the target, Nepal scored 41 runs and lost 4 wickets. Asif Sheikh, Gyanendra Malla and Rohit Paudel were sent back to the pavilion by debutant left-arm spinner Aayan Afzal Khan. Harishankar was run out.

Opener Arjun Saud shared a partnership of 68 runs with Dipendra Aire for the fifth wicket. In the thirty-first over, Arjun was bowled by Rohan Mustafa after completing his half-century. Before that, Saud scored 51 runs off 79 balls while scoring a half-century on his one-day international debut. Kushal Bhurtel, who was batting at number seven, was caught out by Aayan in the thirty-fourth over. After Sompal Kami got out in the thirty-eighth over, Dipendra Airee, who was holding an edge, was caught out by Zahoor Khan in the fortieth over. In the end, Gulsan Jha was not enough to hold even one edge.

After losing the toss and batting, the visiting team scored 263 runs for the loss of 7 wickets in the stipulated 50 overs.

Opener Waseem and Aravind shared a partnership of 75 runs. In the fifteenth over, Gulsan Jha broke the partnership by bowling Waseem. In the same over, Gulson took the wicket of captain CP Rizwan. Aravind added 52 runs with Mustafa for the third wicket. Aravind was bowled lbw by Dipendra Airee in the twenty-sixth over.

Mustafa added 53 runs withAlishan Sharafu for the fourth wicket. Mustafa was caught out by Sompal Kamil in the thirty-eighth over. Sharfau was run out in the 42nd over. UAE came under pressure when Basil Hameed was also run out in the forty-fifth over.

Ion Afzal Khan and Ahmad Raja shared a partnership of 48 runs for the seventh wicket. Afzal was run out in the last over.