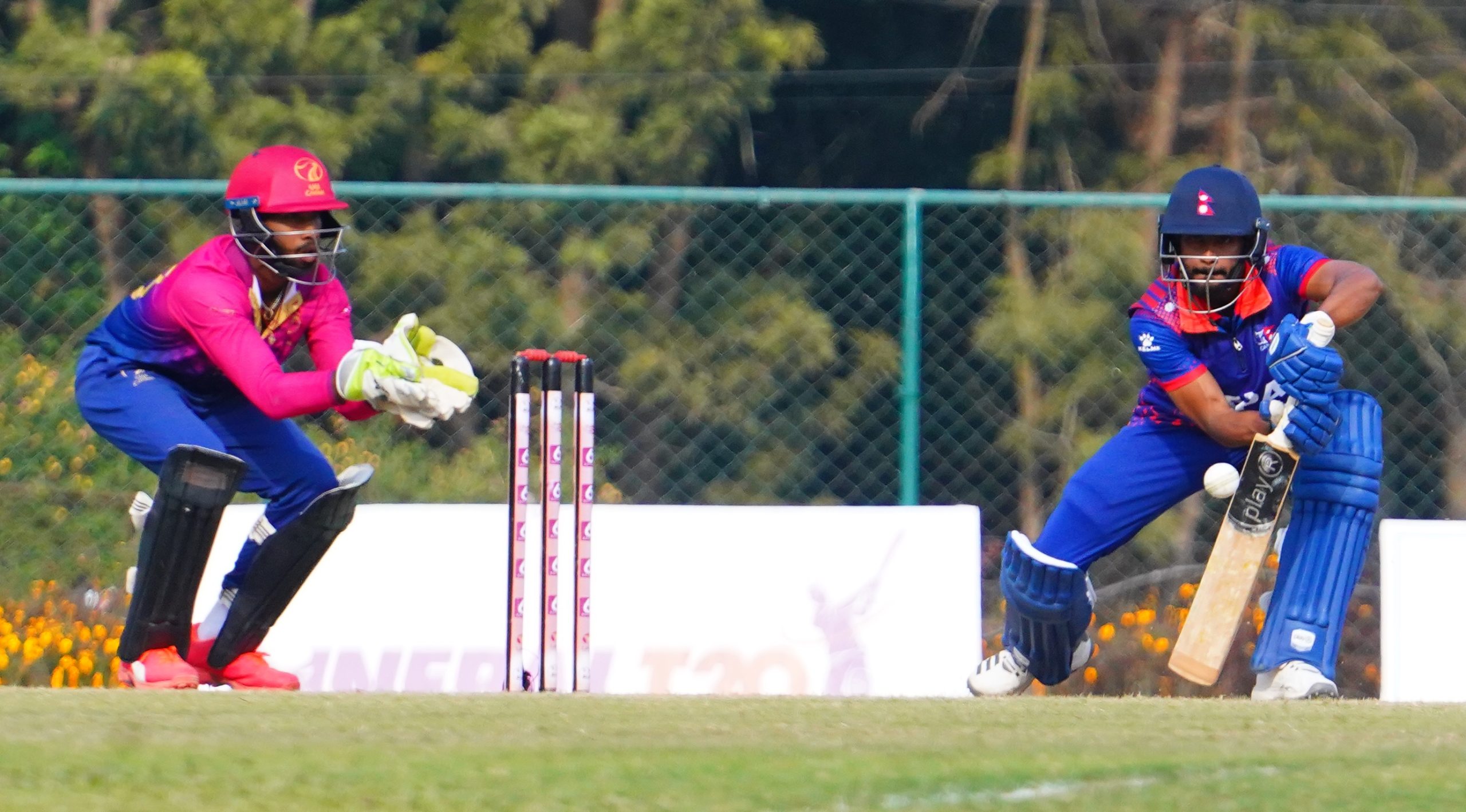 Nepal tied the three-match ODI series 1-1 by defeating the visiting team UAE in the second match. UAE won the first match of the series by 84 runs.

Nepal met the target of 192 runs given by the UAE at TU International Ground Kirtipur by losing 7 wickets in 47.5 overs.

Chasing the target, opener Arjun Saud did not open the account and Aasif Shaikh scored 6 runs and was dismissed by Hazrat Bilal. Captain Rohit Rohan, who scored 8 runs after sharing a 31-run partnership with Gyanendra Malla for the third wicket, was lbw off Mustafa. Gyanendra Malla, who scored 26 runs in 59 balls with the help of 4 fours, was run out in the eighteenth over.

Aarif Sheikh, who came to bat at number seven under pressure, started the innings with Gulsan Jha, number eight. After a half-century partnership, Gulson was caught out by Mustafa in the forty-fifth over. Gulsan, who scored 37 runs by hitting 4 fours and 1 six off 49 balls, shared 62 runs with Aarif. After that, Aarif took Sompal Kami to victory, remaining unbeaten.

Off-spinner Rohan Mustafa took the maximum 3 wickets in the bowling of the UAE, in which 24 runs were spent in 10 overs. Hazrat Bilal took 2 wickets and Basil Hameed took 1 wicket.

After winning the toss and choosing to bat, UAE scored only 191 runs after losing all wickets in 43.2 overs.

UAE openers Muhammad Waseem and Bhritya Aravind shared a 72-run opening partnership. In the twelfth over, Dipendra Airee caught Arvind out and brought Nepal back into the game. After that, UAE lost consecutive wickets. After completing his half-century in the fifteenth over, Waseem Lalit was caught out by Rajbanshi. Rohan Mustafa, who scored a half-century in the previous match, scored 4 runs and was bowled by Sompal Kami in the 29th over. To put more pressure on the UAE, Leg-spinner Kushal Bhurtel caught UAE captain CP Rizwan off Rohit Paudel. This was Kushal’s maiden ODI wicket.

Alishan Sharafu and debutant Vishnu Sukumaran led UAE from 72/0 to 112/4. Both added 43 runs for the fifth wicket. Sukumaran was caught behind the wicket by Karan KC in the thirty-fourth over. After that, Nepal kept UAE under pressure by taking wickets continuously. As a result, UAE were bowled out in 43.2 overs.

The deciding match of the series will be played on November 18.