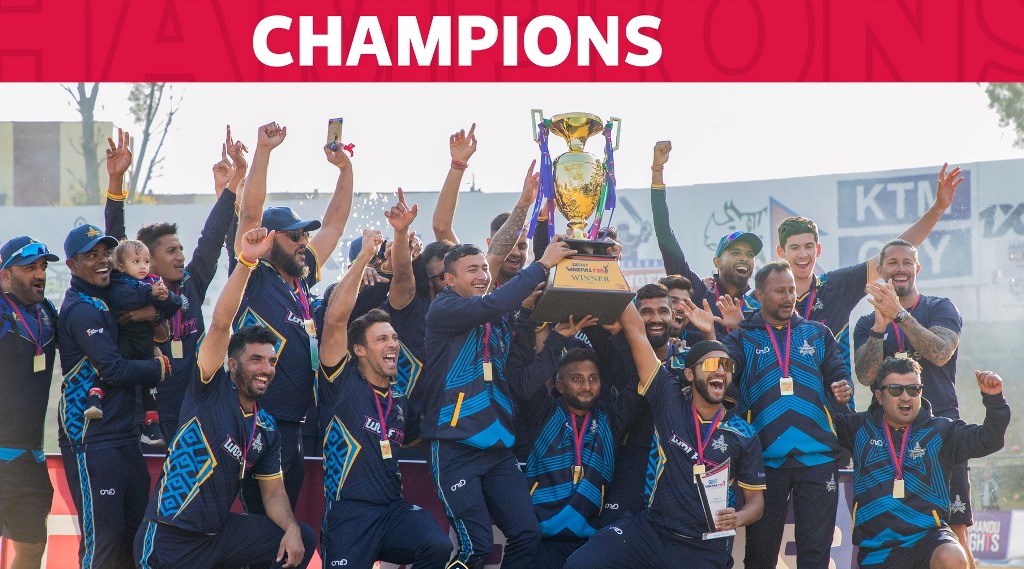 Lumbini All Star has won the title of Nepal T20 Cricket League. Lumbini became the champion after defeating Biratnagar Super Kings by 24 runs in the final match held at the TU Cricket Ground in Kirtipur on Wednesday.

Pursuing the victory target of 134 runs given by Lumbini, Biratnagar could score only 109 runs for the loss of eight wickets in the allotted 20 overs. Arjun Saud scored 34 runs for Biratnagar.

Lumbini, who won the toss and batted first, scored 133 runs in 19.2 overs for the loss of all wickets.

Along with the title, Lumbini received a prize of 55 lakh rupees. Biratnagar, the runner-up, received Rs. 30 lakhs. Six franchise teams participated in the league.

Nepal aim to maintain their good record against Namibia

Behind the closed doors