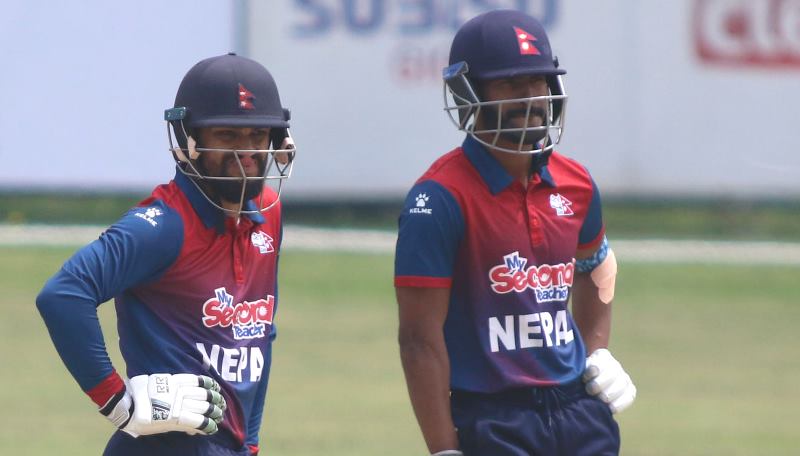 5 days after getting beaten by Namibia, Nepal are looking to settle the score against the African side. Nepal lost the first game of the tri-series against Namibia by 40 runs after yet another dismissal show the bat.

In the second match of the tri-series, an Inspired bowling performance saw Nepal’s 5-wicket victory over the hosts, Scotland. However, there is still a question mark over Nepal’s batting which has been consistently fragile. On other hand, Namibia lost both their matches against Scotland. The last one will hurt them more as an 83-run unbeaten stand between Greaves and Sharif took Scotland home.

The match will be played on the very same ground (Cambusdoon New Ground, Ayr) where Nepal tasted their first-ever List-A  (as well as ODI) defeat against Namibia. If Nepal are to beat Namibia, they will have to bat better, and bulks of the runs have to come from in-form batters: Aasif Sheikh, Rohit Paudel, and Aarif Sheikh.

As the things stand, Nepal (5th) are only a point above Namibia (6th place) with 17 points from 18 games. They will look to maintain the gap against Namibia. Two more wins in this tri-series will help them to get close to the USA, placed 4th with 23 points.

Nepal might go with the same playing XI after winning against Scotland. That will give another go for Dipendra Singh Airee, whose position in the team has been questioned by fans after a series of low scores in the ongoing CWC league-2.