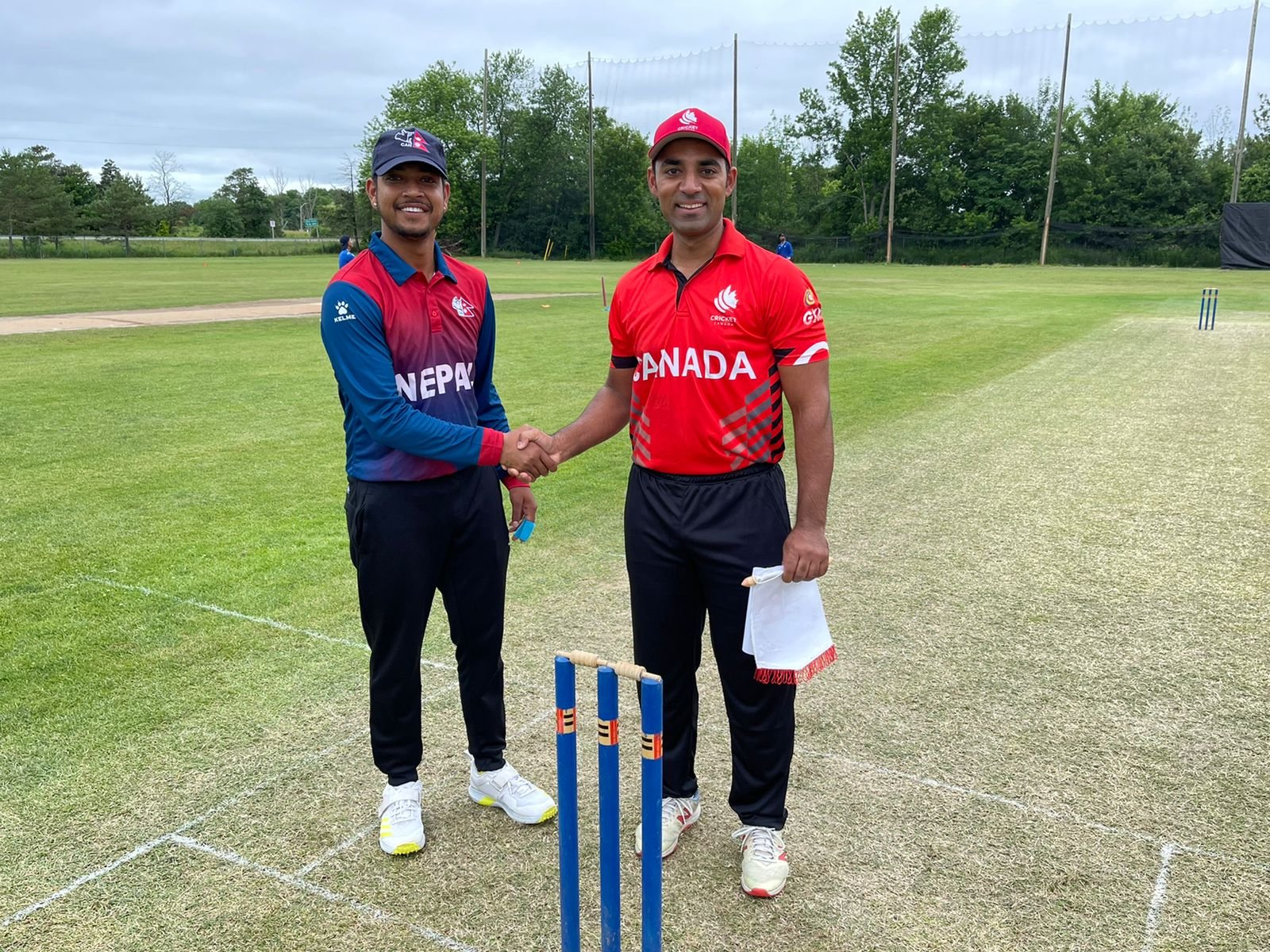 Nepal suffered an 83-run defeat in the second one-dayer against Canada. Chasing a modest total (189), Nepal were bowled out for just 105 in 39.2 overs. Once again the batters couldn’t step up. With six batters notching double-figure marks, none of them did manage to get more than 26. Dev Khanal top-scored innings with 26 of 49 balls with the help of 2 fours, whereas Opener Pawan Sarraf contributed 14 from 27 balls, including a solitary six.

Disciplined bowling from Canada meant Nepal didn’t have a single partnership over 20 runs and only 3 extras were conceded. All the five Canadian bowlers took two wickets apiece to cheaply bowl the visitors for just 105.

Earlier Nepal asked Canada to bat first after winning the toss. Kishore Mahato provided an excellent start as he sent back Rayyan Pathan in the first over of the match. A 39-run partnership between Aaron Johnson (44) and Bhupinder Singh (10) took Canada 43/1 before Aadil Alam provided a second breakthrough for Nepal. Canada then lost Wickets at regular intervals and found themselves 118/9 in 38 overs. Thanks to an unbeaten 70 runs partnership between Shreyas Movva (50) and Ammar Khalid (30) that helped Canada to post a fighting total – 188/9, which later proved to be more than enough against the visitors, Nepal.

Skipper Sandeep Lamichhane was the pick of the bowler with 3/31 in his 10-over spell. Dipendra Singh Airee took 2/33 from his 9 overs. Four other bowlers took one wicket each for Nepal. Nepal’s preparation before the all-important Crucial CWC league-2 tri-series went from bad to worse in two One-days. The first match was washed out due to rain and Nepal were looking to get a good game time ahead of Scotland, especially with the bat. However, the abysmal batting performances have once again raised a question mark over the batting lineup.

Nepal play four matches – two matches each against Scotland and Namibia – from July 11 to 17 in Scotland. Nepal desperately need to win as many matches to stay in contention to finish top 3. They are 5th (15 points) in the points table, only one point above Namibia (14 points).