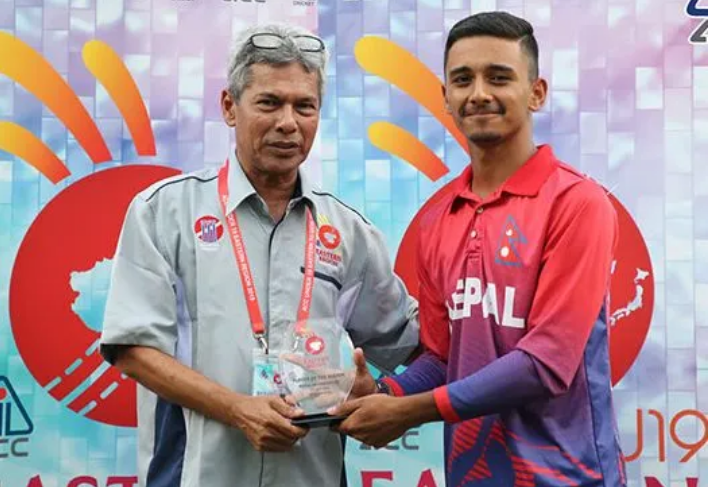 The WicketNepal learned that Gautam will depart in October later this year where he will spend six months. Geyser City CC participates in various grade tournaments including the Lakeland championship and Baywide Premier championship organized by Rotorua Cricket Association.

Rit Gautam himself contacted the club during the lockdown. The Geyser city CC then signed him on the basis of his performances at the Junior level and also watched his batting videos. The Club will bear all the expenses during his 6-month stay in New Zealand.

While he was aware of the fact that he would miss the domestic season in Nepal, he hoped the experience of playing cricket in a Test nation would help him in the long run as he Spoke to the WicketNepal.

” Initially I was in a dilemma as I would miss domestic tournaments including PM CUP but playing in New Zealand would help me to be mentally strong”, Gautam believes.

“Aiming to play for the National team [One day] is not enough, I will also have to keep performing consistently after reaching there. To develop such a mentality domestic cricket in New Zealand, which is stronger than in Nepal, will help me,” Gautam added.

The 20-year-old right-handed batter has been playing for APF at the domestic level. Last year he played for Pokhara Rhinos – reached the finals – in the Everest Premier League.