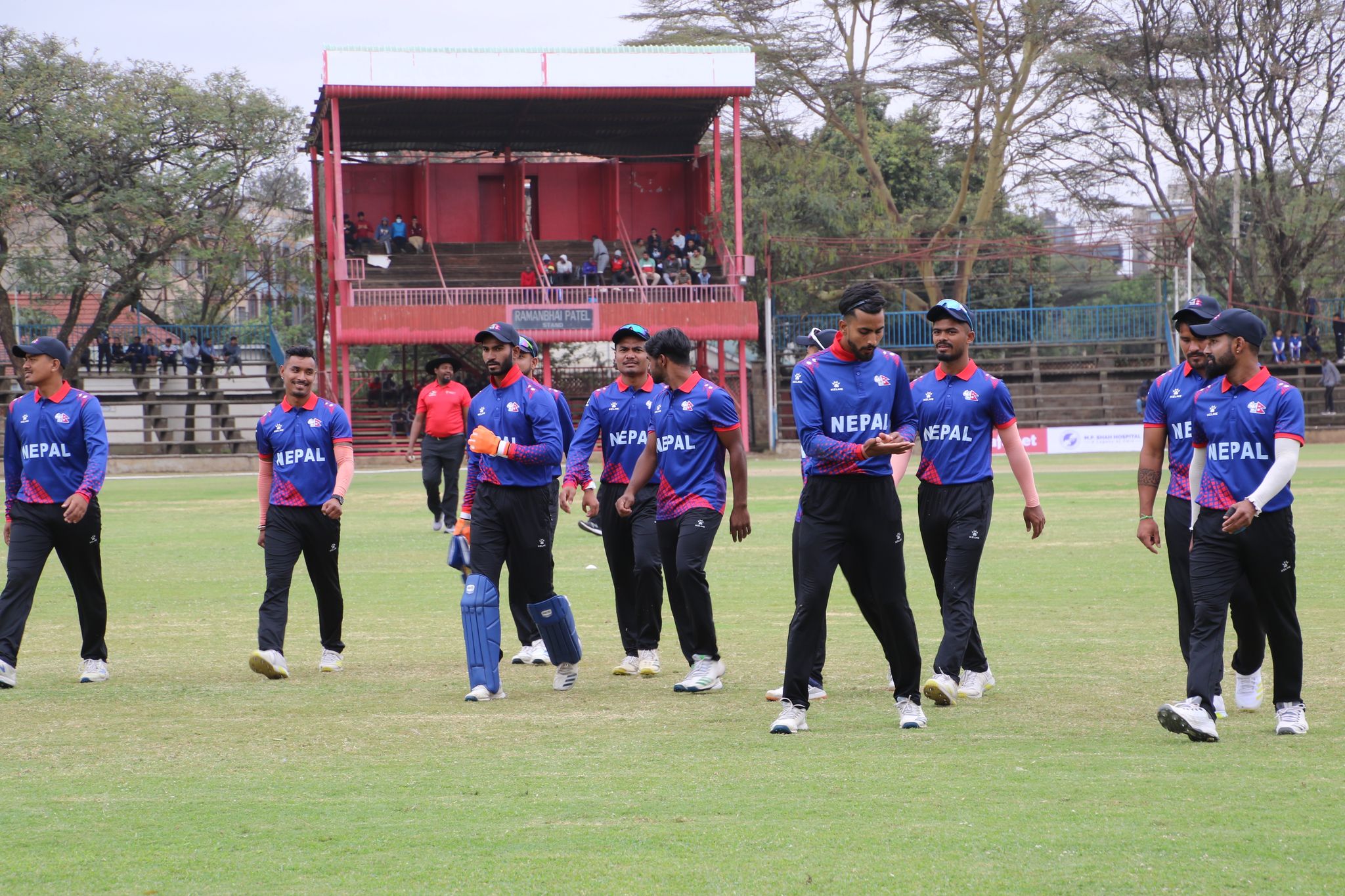 ﻿Kenya defeated the visitors by 18 runs in the 2nd T20I to level the series 1-1 in the 5-match bilateral series. The visitors registered 5-wicket yesterday in the same venue.

Chasing the modest target, Nepal once again didn’t get the start they were looking for. Aasif departed for 5 in the 3rd over of the match when he tried to cut Emmanuel Bundi. Malla, who looked promise, yesterday didn’t trouble scorers as he got out for 1 when the delivery from Lucas Oluoch kept low.

Rohit Paudel, who joined Pawan in the middle, stirred Nepal’s chase along with Pawan Sarraf with 33-run partnership for the third wicket. Pawan’s unfluent innings came to end on 19 when he tried to slog sweep left-arm spinner Vraj Patel. Nepal continue to lose wicket and got the biggest setback when Airee (3) handed easy catch to Wicket-keeper Irfan Karim.

With Airee’s dismissal, the onus was on the shoulder of Vice-captain Rohit Paudel (20) but he too walked back to pavilion playing poor shot.

The pair of Aarif and Aadil provided some resistance before Aadil was castled by Bundi on 20. Aadil hit 1 four and 1 six during his quick cameo. Aarif couldn’t repeat his last match’s heroic when he was run-out in 25.

Earlier Nepal asked Kenya to bat first for the second time in a row after winning the toss. Sompal continue from where he left yesterday and bowled maiden straightaway. Karan KC then cleaned up for a golden duck. Few overs later, he had dismissed via hit-wicket.

An over later, Sandeep Lamichhane stretched his lead to 26th match (consecutive wickets) as he send Rakeep patel on 35. Patel blasted 25-ball 35, the knock that included 4 fours and 1 six.

Quick-fire acceleration from Nehemiah Odhiambo helped Kenya to reach competitive 132/9 at the end of 20 overs.