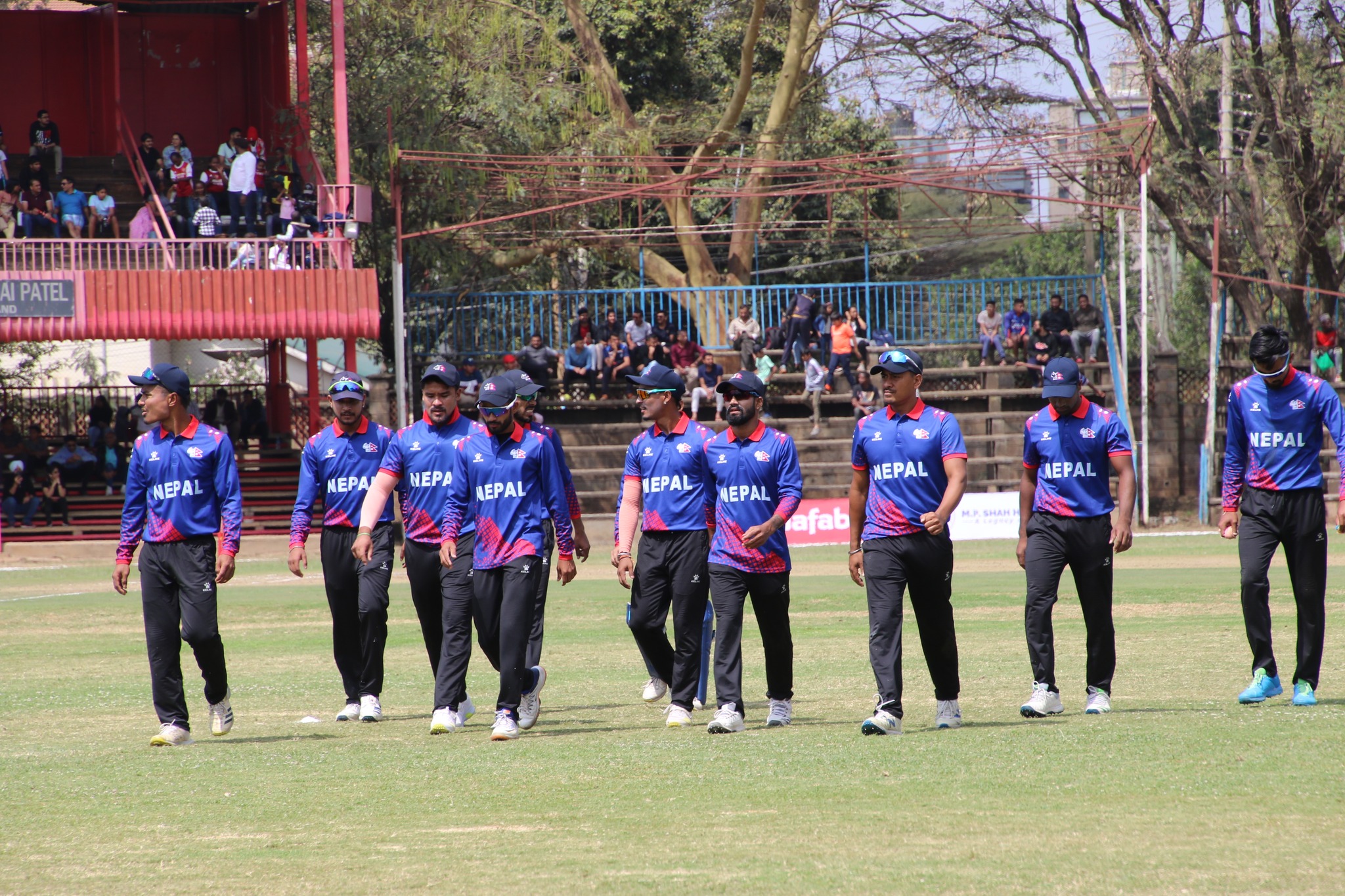 ﻿In a tense low-scoring thriller, Kenya registered an epic seven-run win over the visitors to level the series with one match to go. Nepal won 1st and 3rd T20I whereas Kenya won 2nd and 4th T20I.

What looked like a comfortable chase, especially after yesterday’s record run-chase, turned out to be a nightmare one for Nepal. It was Nepal’s lowest unsuccessful run-chase in T20I history.

Nepal lost Pawan quite early in the innings as he bagged a golden duck while trying for the expansive cut shot. Gyanendra Malla, player of the match from yesterday’s game, soon followed his path 6 after he handed catch to mid-wicket fielder.

Arjun Saud, who had an impressive debut, couldn’t replicate it today as he too departed in the first ball of the next over. Nepal found themselves 13/3 on the 4th over.

A brief 26-run stand between Rohit and Airee steadied Nepal’s ship but the wicket of Airee (6) and Arif Sheikh (2) in two back-to-back overs put Nepal on the backfoot. Both of them were dismissed via stumping.

Amidst all this chaos, Rohit was holding his one end firmly. Sompal, who got a promotion, was dismissed on a seven-ball duck. He, immediately, showed dissent upon the decision of the umpire.

45/6 meant Nepal were in deep trouble, Aadil Alam walked at 8. The hard-hitting all-rounder was playing uncharacteristic innings before he handed each catch to long on fielder. His 15-ball stay yielded only 8 runs. Alam got a life on 5 but couldn’t make the most of it.

With runs dried up and wickets falling from another end, the equation came down to 24 off the final 2 overs. Rohit (& lamichhane ) took 12 runs off the penultimate over bowled by Collins Obuya.

Rakep Patel, whose previous 3 overs went for 15 runs, came to defend 12 runs in the last over. He conceded four singles for the first four balls before cleaning up Rohit Paudel on 47 and effectively sealed the game for Kenya. Rohit was the only batter to notch the double-figure mark during Nepal’s innings.

On the pitch that offered assistance for the Spin bowlers, Kenya’s spinner bowled them to victory. Rakep Patel pocketed 3 wickets whereas Elijah Otieno, and two left-arm spinners: Shem Ngoche and Vraj Patel all scalped two wickets each.

Earlier Nepal cheaply bowled out the hosts for 101. Skipper Sandeep lamichhane was the pick of the bowler as he completed his maiden five-for in T20i. Similarly, Aadil Alam registered his best bowling in T20I (2/21). Shahab Alam and Dipendra Airee also added one wicket each to their tally.

For Kenya, Lucas Oluoch played an entertaining 18-ball 33 that helped Kenya to reach 101. Oluoch cracked 3 fours and 3 sixes during his knock. The Opener Collins Obuya (20) was the only other batter to hit the double-digit mark.

The fifth and final T20I will be played tomorrow, with 3 one-dayers to follow from September 2.
﻿