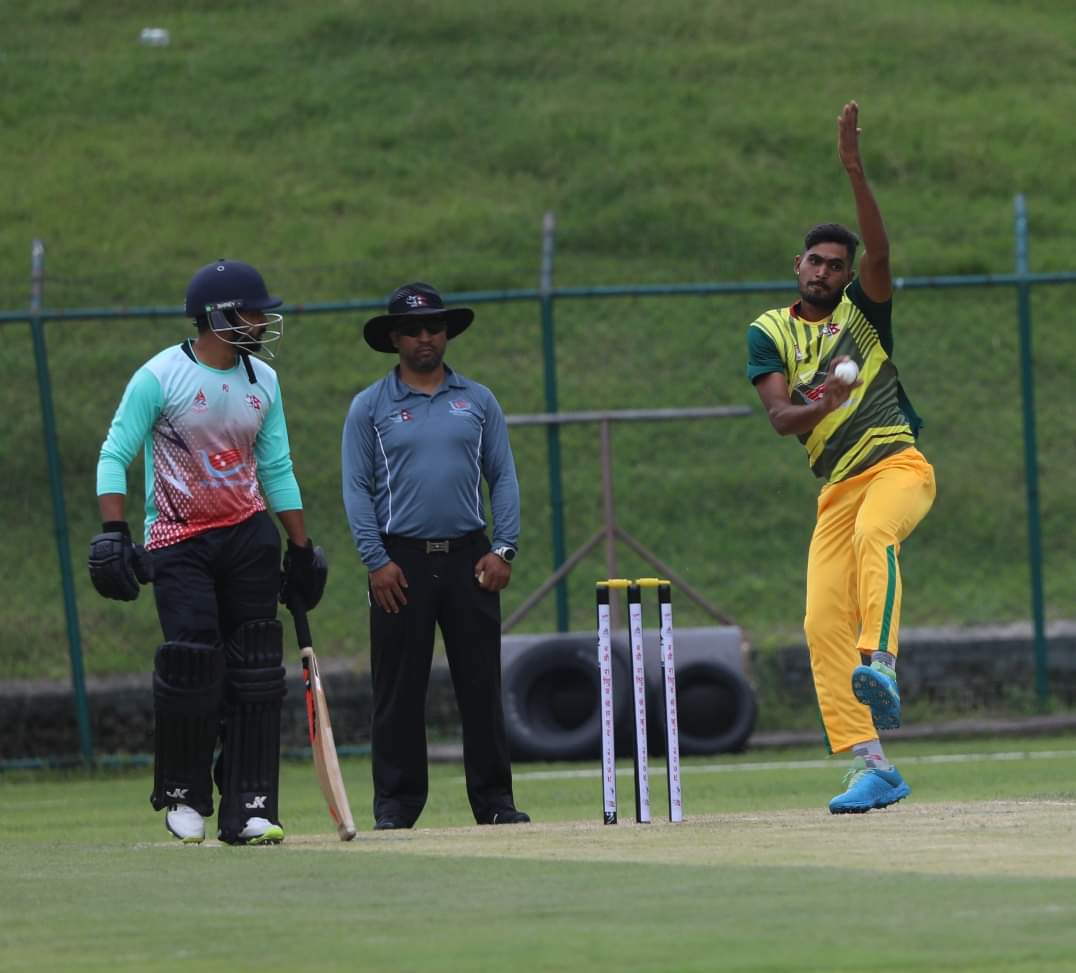 The Ongoing National Men’s T20 tournament, which is also the part of 9th National games, has been marred by rain.

The second day of the competition was severely hit by wet outfield and rain. All four matches ended in no result. Only 13.3 overs were possible in the match between NRNA and APFC that took place at T.U ground before the match was abandoned due to rain.

NRNA were in a decent position at 120/2 in 13.3 overs. Skipper Sunam Gautam was unbeaten on 45 whereas the vice-captain made 26 before the game was stopped.

As for APFC, Bhuvan Karki and Avinash Bohara both took one wicket apiece. The three other matches were called off without a ball being bowled.

The tournament officially started yesterday. However, only one match was possible, with other matches washed out due to rain, where NRNA defeated Sudur Paschim Province by 12 runs in a rain-affected six-over contest.

Eleven teams are participating in this competition. One team from each of seven provinces, three departmental teams, and one NRNA team.