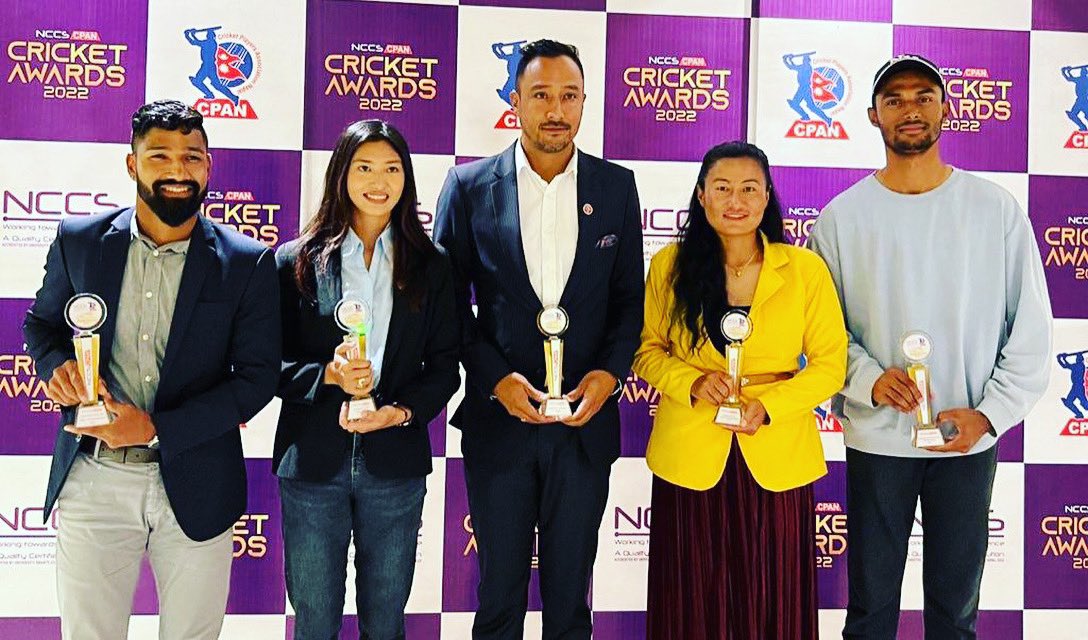 The second edition of the NCCS-CPAN Award 2022 was conducted yesterday at Akama Hotel. Five cricketers were awarded during the ceremony. The first edition took place in 2019 but the next two years did not take place due to covid-19 situation.

The all-rounder Dipendra Singh Airee was named Player of the year award for his performance in 2021 and 2022 in Men’s category. Similarly, in the Women’s category opening batter and all-rounder, Sita Rana Magar claimed the same award. Both of them received Rs 1,32,000 each.

Likewise, Dev Khanal, who made his national team debut earlier this year, was awarded an Emerging player of the year. Khanal, however, wasn’t at that time (later attended the ceremony). As a result, the vice-captain of the Men’s cricket team Rohit Paudel collected an award on Khanal’s behalf.

The former Captain Paras Khadka was also honoured with a Special Award for his contribution to cricket. Khadka announced his retirement last year. He also won a cash prize of Rs 1,32,000.