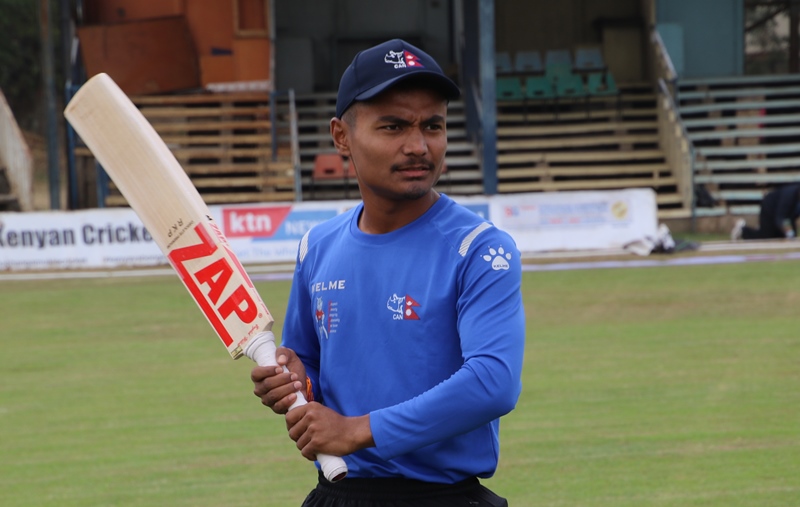 Skipper Sandeep Lamichhane will miss the one-day leg of the Kenya Tour. He will participate in the Caribbean Premier League, having missed the previous season due to national commitment.

He was set to play last year’s CPL as well but had to opt out after the schedule coincided with the Oman tour where Nepal played two ODIs against PNG and four CWC league 2 matches against the hosts Oman and the USA.

He had informed the decision to travel to the Carribean after the T20I series beforehand even before Nepal traveled to Kenya.

Sandeep was named player of the series in the recently concluded five-match T20i series where Nepal won 3-2 against the hosts. He grabbed 12 wickets including a maiden 5-for during the series.

In the absence of the regular captain Sandeep Lamichhane, his deputy Rohit Paudel will lead the side in 3-match One-dayers, which will have official List-A status. The first of a three-match One-day series starts tomorrow.

Nepal’s star captain last played Carribean Premier league back in 2020 for the same franchise. With 12 wickets from 11 games, Sandeep finished second highest wicket-taker for Tallawahs, only behind Mujeeb Ur Rahman (16). His side lost against the tournament’s eventual winner Trinbago Knight Riders in the first semi-final.

Lamichhane has missed out on Jamaica’s Tallawahs’ first game as the side won by 47 runs against the Patriots. Tallawahs play their second game of the season against Guyana Amazon Warriors on September 3.