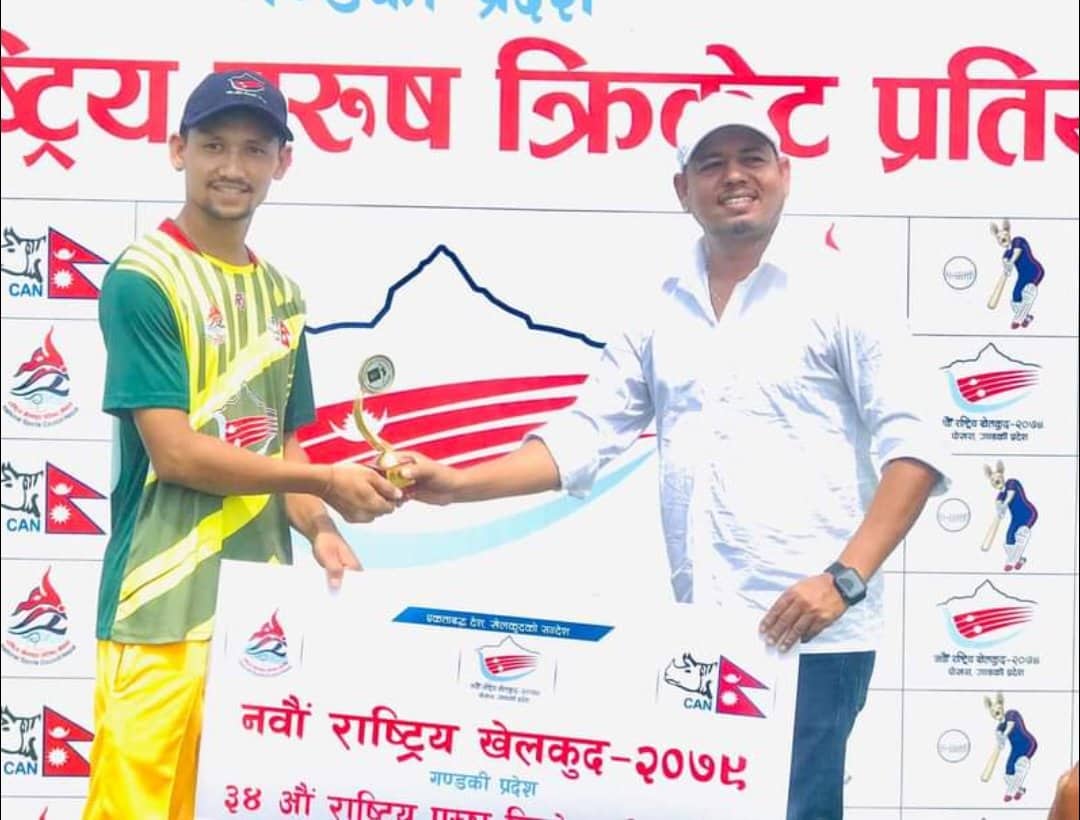 The Day 4 of the Men’s T20 National Games saw two matches washed out without a ball being bowled – both were scheduled at Mulpani. Thankfully, Improved weather conditions saw two matches at T.U ground.
The first was scheduled between Bagmati Pradesh and NRNA whereas Gandaki province were due to play against Lumbini Province at Mulpani.

In the first match at T.U ground, Sudur Paschim overcame a 13-run victory over Province 1. On the back of handy performances from middle order batters – Milan Bohara (44) and Basant Khatri (53) – Sudur Paschim posted 144/7. Firdosh Ansari took 3 wickets for 17.

In reply, Province 1 fell 13-run short despite a valiant 54 runs partnership between Dipesh Kandel (34) and Sonu Mandal (26) for the seventh wicket. Milan Bohara, who player of the match award, took 2/15 in the second innings.

Chasing mere 86, Sunil Dhamala blasted 24-ball 44 before he was dismissed. Kushal Bhurtel remained unbeaten on 39.
Lalit Rajbanshi named player of the match for his 3/20