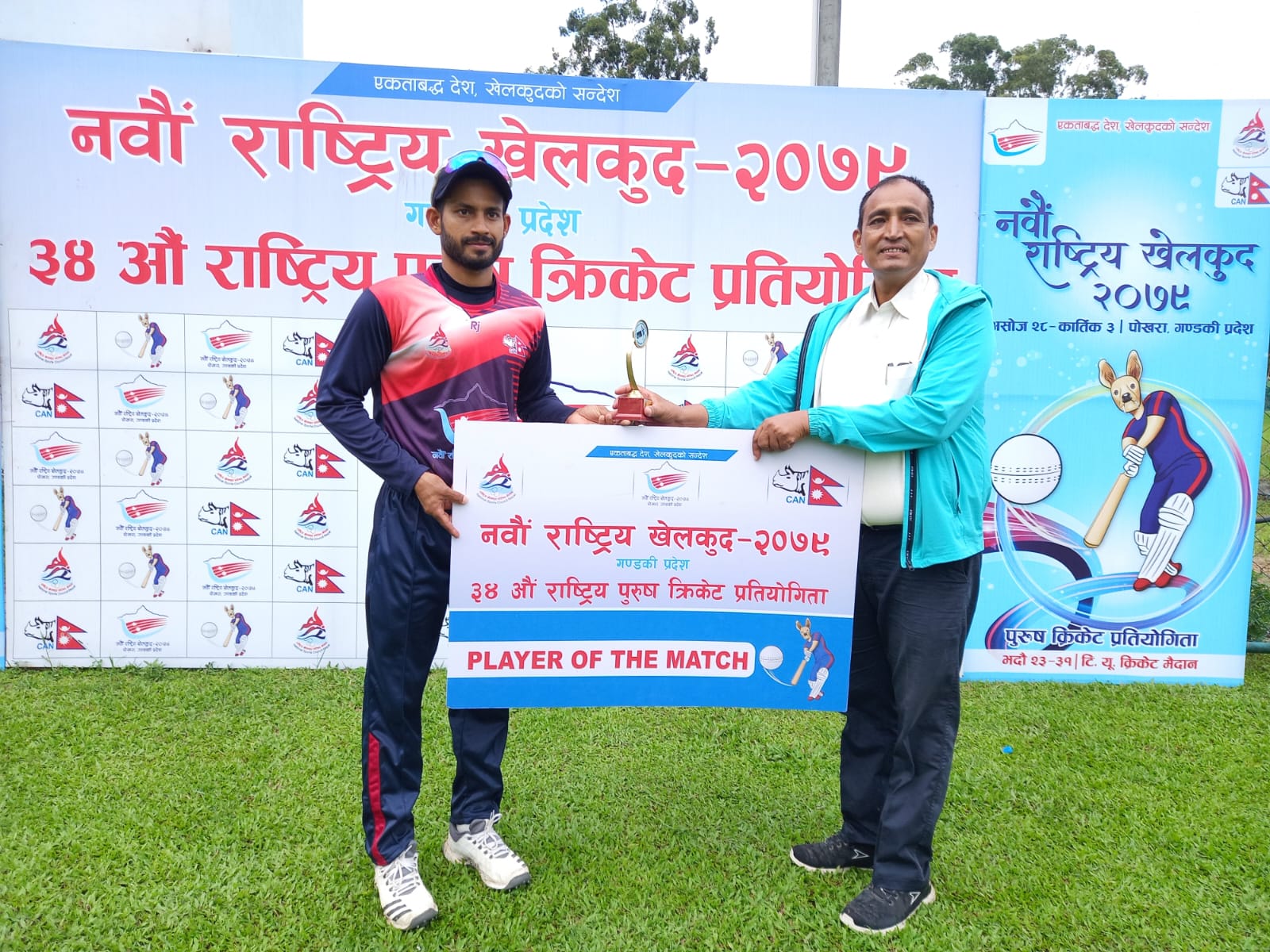 The final of the Men’s T20 National Games will be played between Tribhuwan Army Club and Nepal Police Club. While the first semi-final match was washed out, Nepal Police sneaked a 13-run win over NRNA in the second semi-final.

Thanks to their final standing on the group stage, the army reached the finals without even playing after their semi-final match against Sudur Paschim Province was washed out due to rain. Tribhuwan Army finished top of the table from Group A whereas Sudur Paschim Province had advanced to the knock-out round after finishing second in Group B.

In the rain-affected 8-over contest, Nepal Police posted 110/6 and later defended by 13 runs. All the batters went all gun blazing in the first innings. Aarif Sheikh was the main contributor with his another blistering knock – 36 off 15 balls. Similarly, Skipper Dipendra Airee made 12-ball 25 and Karan KC hit 18 off 8 towards the end.

As for NRNA, Diwash Giri took 2 wickets whereas three other bowlers shared one wicket each.

Chasing tricky 111, Non-Resident Nepali Association (NRNA) were limited to only 97/3 in the 8 overs. Skipper Sunam Gautam made 46 off 25 balls and Sagar Pun scored 20-ball 37. However, those efforts were not enough to prevent a 13-run loss. With that loss, NRNA will now meet Sudur Paschim Province for the Bronze Medal.

Yogendra Singh Karki took 2/12 in his only over whereas Pawan Sarraf picked one wicket. Aarif Sheikh was awarded player of the match for his brilliant knock.

The final will be between Tribhuwan Army Club and Nepal police Club for the gold Medal contest. When the same two sides meet yesterday, Army won by 13 runs.