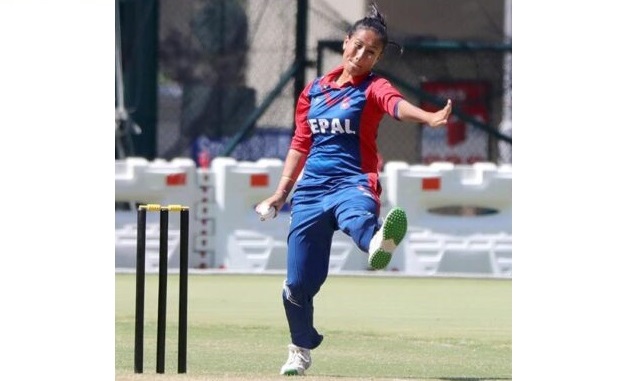 Pursuing the target of 100 runs given by Nepal, MCC scored 80 runs after losing all wickets in 19.5 overs in the match held at the Pokhara Rangshala Cricket Ground in Pokhara.

Earlier, Nepal won the toss and scored 99 runs in 20 overs with the loss of 9 wickets.

Nepal started badly and lost the first 5 wickets after scoring 26 runs. Then Neri Thapa and Suman Khatiwada shared a partnership of 31 runs for the sixth wicket. In the fourteenth over, Suman got out after scoring 16 runs. Neri, who scored 18 runs, was dismissed in the sixteenth over. In the end, Kavita Kunwar scored 17 runs and brought Nepal’s total close to 100. Kavita was dismissed in the last over. Prior to this, Jakjan Khadka contributed 17 runs and Sita Rana Magar contributed 10 runs. Nepal got 16 runs as extra.

In the bowling of MCC, Rachel Potter took 3 wickets and Rhea Raval and Amanda Potzieter took 2 wickets each.

As part of the tour, MCC will play the next match against CAN-11 on Saturday. There will be a match with Mixed-11 on Sunday and Can-11 on Tuesday. Earlier in the two matches held in Kathmandu, MCC lost by 107 runs against Nepal’s Mixed-11, while they defeated the ICC Under-19 team by 16 runs.