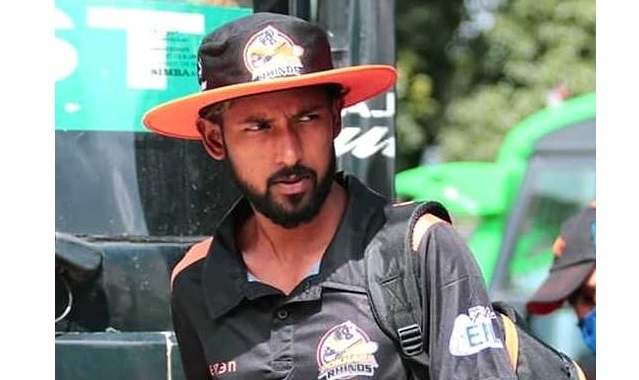 Right-arm fast bowler Nandan Yadav has got a chance for the first time in the 14-member team announced for the upcoming tour of Namibia by the Nepali national cricket team. Yadav, who made his debut for the Nepali Under-19 national team in 2016, made his way to the national team in 6 years with regular good performances in domestic cricket.

“Sudden news came which I did not expect.”

He said that the experience after getting the news that he was in the team was a strange experience that cannot be described—”I can’t tell you how I felt. Suddenly, hearing this news for the first time, the body is numb, it feels different.”

He said that he will not let the opportunity that he got in a long time go to waste.

“It’s been a long time, during this interval, other friends have played for the national team. Even though it is late, the opportunity has come, so I have to prove myself. I will not let this opportunity pass easily. I don’t want to leave this place easily, so I have a dream to win Nepal by doing well.”

He said that he was not 100% fit due to dengue in the Prime Minister’s Cup held last week and that is why the performance was not good.

“I was suffering from dengue for five days, so I was unable to play the Prime Minister’s Cup. But I thought that if I don’t play again, no one will notice. So I couldn’t bowl well.” Yadav, who played for Bagmati Province in the tournament, took 6 wickets in 4 matches.

Yadav is known for fast bowling and aggressive batting in the lower order. Yadav, who performed very well in the Everest Premier League last year, while representing Pokhara Rhinos, bowled in 7 innings and took 9 wickets and was the fourth-highest wicket taker. Similarly, last year in the Kathmandu Mayor’s Cup, he won the hearts of everyone with the best all-round performance. Playing for Bagmati Province in that tournament, Yadav took 8 wickets in 4 matches and was the ninth-highest run scorer with 109 runs at a strike rate of 121.11.

Born in Lahan, Siraha, Yadav came to Kathmandu for higher education 7 years ago. After starting training at Kathmandu Cricket Academy, he got a chance to represent Colors X-Factors team captained by Gyanendra Malla in Everest Premier League 2016 the next year after coming to Kathmandu. In the same year, he got an opportunity to play for the Nepali Under-19 team in the Under-19 Asia Cup held in Sri Lanka. Since then, he has been a member of the Nepali Under-19 team until 2018 and has been a regular member for various teams in Dhangadhi Premier League, Pokhara Premier League, Everest Premier League and domestic competitions.

He considers Australian fast bowler Mitchell Starc as his role model and says that coach Manzoor Alam and former captain of the national cricket team Gyanendra Malla have made an important contribution in his playing life. Before coming to Kathmandu, Yadav used to bowl off-spin. After seeing Sompal Kami bowling in the 2014 T20 World Cup, he got the inspiration to bowl fast.