Kenya vs Nepal 3rd ODI
Skip to content
Home Nepal “More than a challenge, it’s an opportunity for me to prove myself” Rohit Paudel 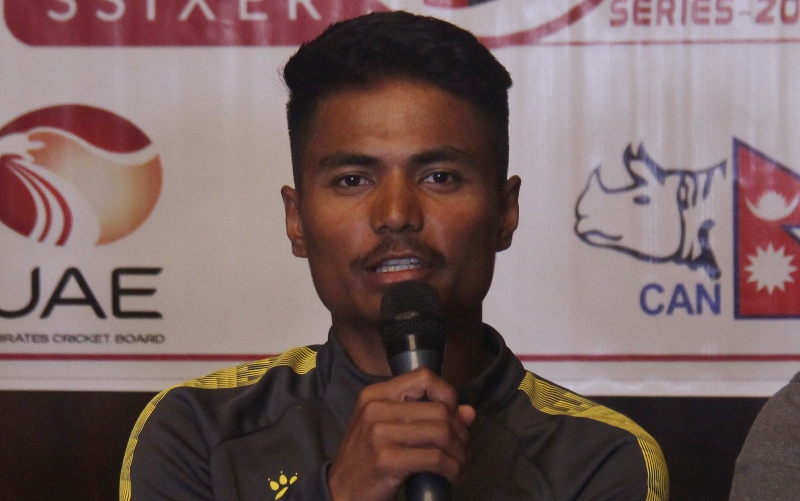 The UAE national cricket team is playing a three-match one-day international series from Monday (November 14) as part of its tour of Nepal. On the eve of the match, the Nepal Cricket Association held a press conference with the captains and coaches of the two countries.

Rohit Poudel, who has been appointed as the captain of the national team in place of Sandeep Lamichhane, has said that the Nepalese team is ready for the series and has taken it as an opportunity to prove himself as the captain in the series –

“More than a challenge, it’s an opportunity for me to prove myself. We will also have a home audience in the series, so I am excited.”

UAE captain CP Rizwan said that Nepali team will not be taken lightly – “Thanks to CAN for inviting us, we are excited about the series. We’ve played each other before, so we didn’t take it easy.”

“Nepal is a nation that loves cricket very much, I have felt that even while playing in the UAE. I’m even more excited to experience the game when it’s in Nepal.”

Rizwan said that he will apply the experience gained in the recently concluded T20 World Cup in the series – “The experience of the World Cup was very good, we learned a lot. We have moved forward with positive aspects from the World Cup.”

“Nepal has a good young team and I know the new captain Rohit, he is a very good batsman. Nepal has been playing good cricket in the past. I am sure that Nepal will give us a tough challenge, so we are not taking anything lightly, and we will treat every game with importance.

Nepal coach Manoj Prabhakar said that the series is important to see the performance of young players and prepare for the upcoming series under the World Cup League-2.

Kantipur Gold Channel & Ssixer app will telecast the matches of the series live. The three ODI’s of the series will be played on November 14, 16 and 18.