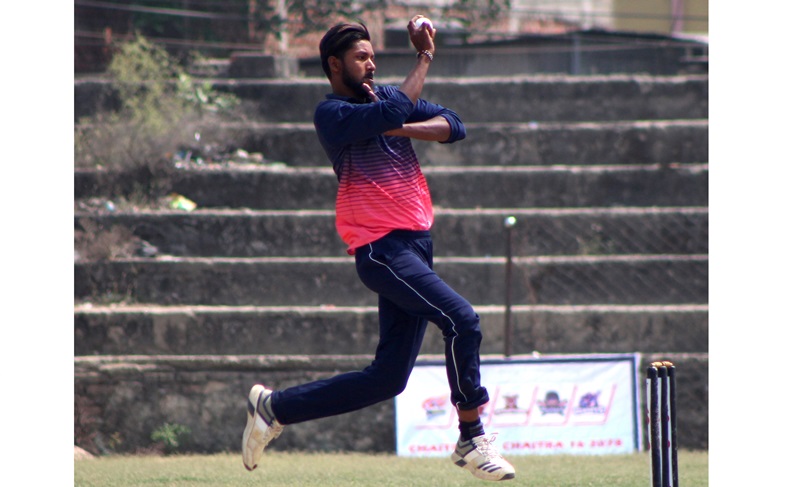 The Nepali team has been announced for the triangular series under the ICC World Cup League-2 starting from December 1st in Namibia.

From December 1 to 8, Nepal will play a one-day international series with home team Namibia and Scotland.

Young right-arm fast bowler Nandan Yadav has got a chance in Rohit Paudel’s captaincy team. Yadav, who has represented the Nepali Under-19 national team, has been performing well in the domestic franchise league for the first time. Yadav, who played for Bagmati Province in the recently concluded Prime Minister’s Cup ODI tournament, took 6 wickets in 4 matches. While playing for Pokhara Rhinos in the Everest Premier League last year, Yadav was the fourth highest wicket-taker taking 9 wickets in 7 innings of 8 matches. Last year in the Prime Minister’s Cup, Yadav took 8 wickets in 5 matches. Yadav is also an aggressive batsman who has the ability to play explosive shots in the lower order.

Fast bowling all-rounder Gulsan Jha, left-arm batting all-rounder Harishankar Shah and left-arm spinner Sagar Dhakal, who were in the team in the recently concluded domestic series, have continued in the team. Sagar did not get a chance in any match in the UAE series.

Mohammad Aadil Alam, Kamal Singh Airee & Bhim Sharki did not get a place in the team.