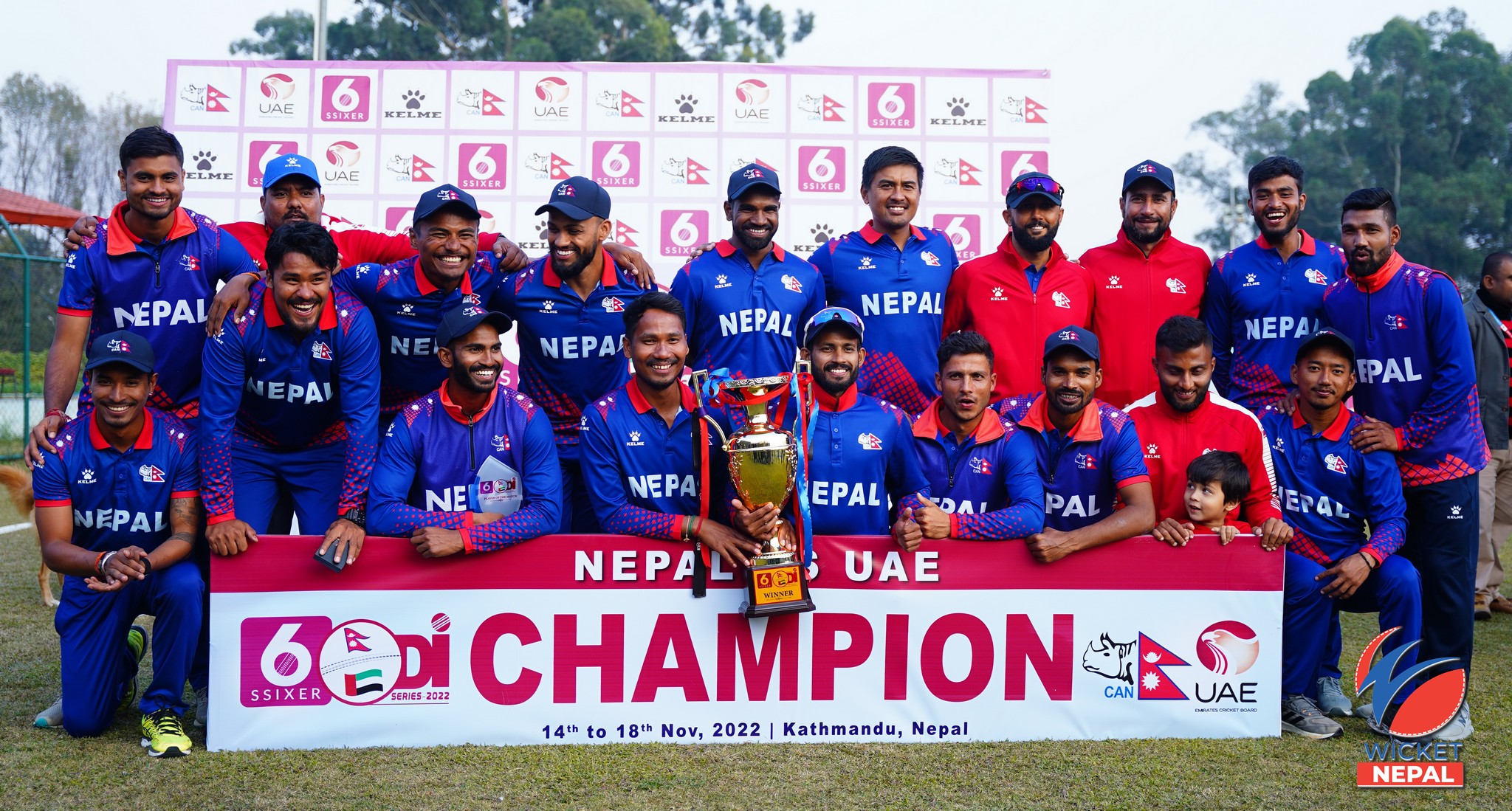 In the third and decisive match, Nepal defeated the visiting team UAE by 6 wickets and won the three-match one-day international series 2-1. The first match of the series was won by the UAE by 84 runs and in the second match, Nepal registered a victory by 3 wickets.

Nepal met the target of 177 runs given by the UAE at the TU International Ground in 40.1 overs for 4 wickets.

Openers Aasif Shaikh and Gyanendra Malla contributed immensely to the victory. Asif scored an unbeaten 88 in which he hit 12 fours off 119 balls. Gyanendra scored 64 runs off 73 balls with the help of 7 fours and 3 sixes.

Chasing the target, Arjun Saud and Aasif Shaikh shared a partnership of 24 runs. In the tenth over, Saud scored 9 runs and was caught behind the wicket by Hazrat Bilal. Asif and Gyanendra Malla shared a century for the second wicket.

After Malla’s wicket, Rohit Paudel and Dipendra Aire were run out. Aasif remained undefeated and led the team to victory.

After winning the toss and choosing to field, UAE batted the entire 50 overs and scored 175 runs with the loss of 9 wickets.

Batting at number eight for the UAE, Aayan Afzal Khan scored an unbeaten 54 in which he hit 7 fours and 1 six off 63 balls. Hazrat Bilal scored an unbeaten 20 runs. Before this, Alishan Sharafu scored 33 runs and Rohan Mustafa scored 24 runs.

Nepal, who had a great start, scored only 16 runs and took 3 wickets from the UAE. Gulsan Jha caught Muhammad Waseem and skipper Chundangapoyil Rizwan behind the wicket. Sompal bowled Vritya Aravind.

Rohan Mustafa and Alishan Sharafu shared 63 runs for the third wicket. Mustafa was caught out by Dipendra Airee in the twenty-fourth over. In the twenty-sixth over, Kushal Bhurtel bowled Sharafu and Nepal dominated the game again. After that, UAE lost consecutive wickets. Dipendra Aire took the wicket of Vishnu Sukumaran in the 39th over. In the next over, Basil Hamid was caught behind the wicket of Lalit Rajbanshi. In the thirty-first over, Bhurtel took the wicket of Ahmad Raza and Zahoor Khan was run out in the next over.