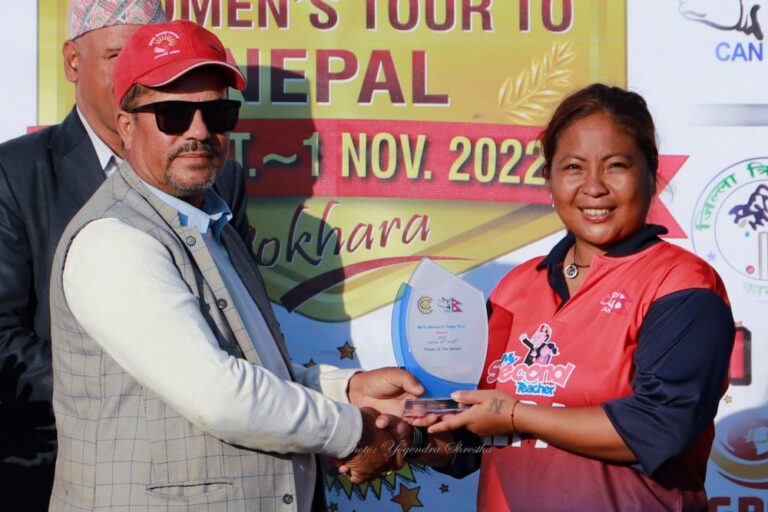 CAN XI comprising National Women’s Cricketers won the 40/40 over one-day friendly match against the visiting team Marylebone Cricket Club (MCC) thanks to Nary Thapa’s excellent performance.

CAN XI won by 2 wickets in the match completed on Tuesday at Pokhara stadium. In the match, Nary Thapa took 2 important wickets with a personal contribution of 55 runs. She also won the Man of the Match and the Player of the Series trophy. With this win, Nepali women’s cricket team CAN XI also won the series.

In the fourth and final match in Pokhara, MCC won the toss and chose to bat, adding 155 runs for the loss of 6 wickets. For MCC, Clara Taylor scored 55 runs, Amanda Potgieger scored 26 runs and Jenny Kitzinger scored 25 runs. Nary Thapa & Soni Pakhrin took 2/2 wickets each while Sita Rana and Indu Berma took 1/1 wicket for Nepal.

Britain’s Marylebone Cricket Club (MCC), which is considered the birthplace of cricket, travels internationally for the development and promotion of the game of cricket.