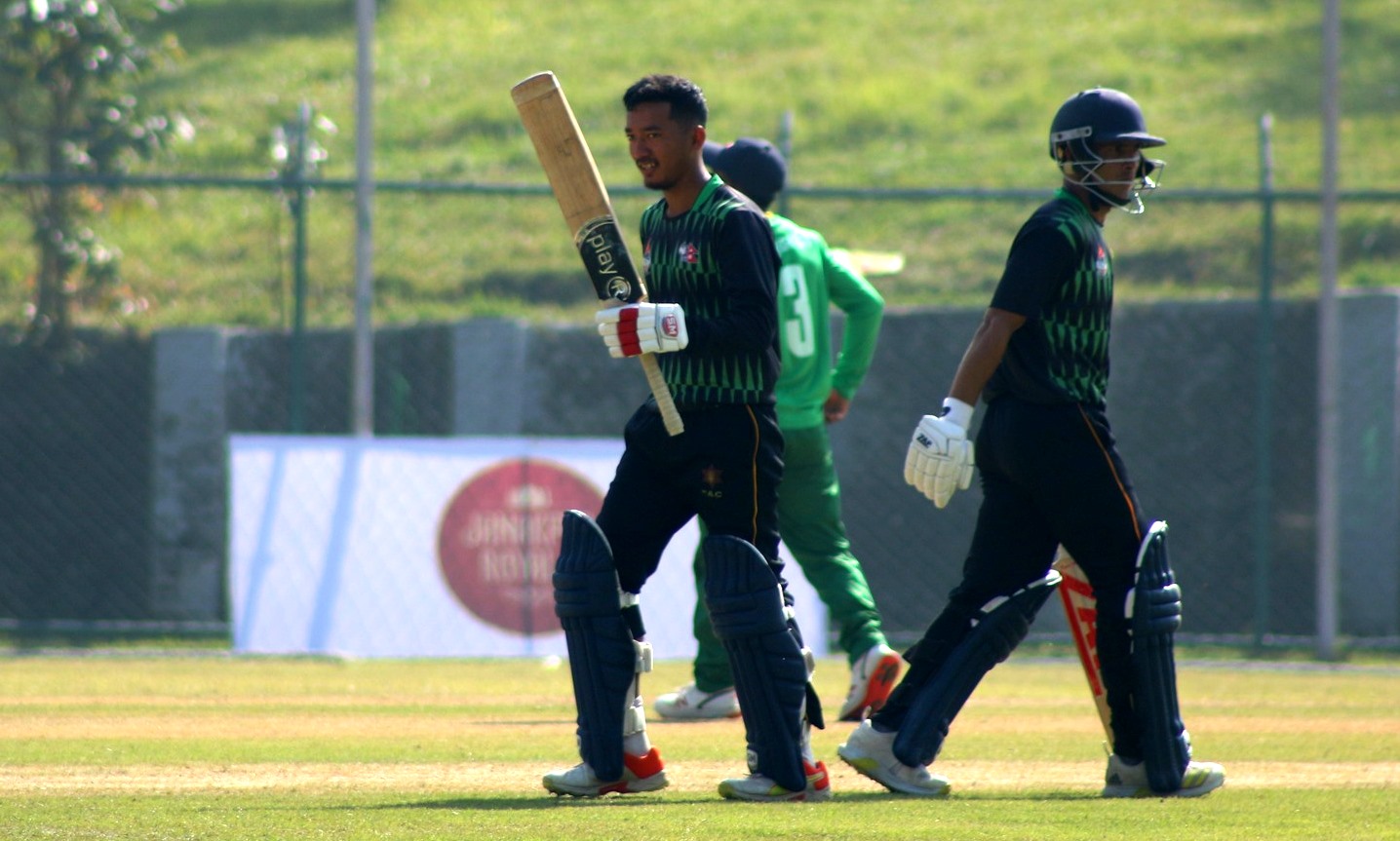 Army won 2 points against Sudurpaschim in the match at Trivi cricket ground Kirtipur. Chasing a target of 283 runs, Sudurpaschim batted in response and was bowled out in 29 overs and stopped at 113 runs.  Basant Khatri scoring 25 runs, other batsmen got out cheaply.

Earlier, after winning the toss, the Army batted first and scored 282 runs after losing 8 wickets in 50 overs.

APF stopped in a tie

In the next match, APF and Gandaki Province played a Tie and shared the points. Chasing a winning target of 116 runs at Mulpani ground, Gandaki scored 115 runs after losing all wickets in 31 overs.

After losing 3 wickets for 60 runs while chasing the target, APF came back and took consecutive wickets. As a result, Gandaki reached 88/8. Captain Bipin Khatri and Kamal Pariyar added 14 runs for the ninth wicket. Kishore Mahato dismissed Khatri who scored 17 runs. Kamal shared a 13-run partnership with Chandra Paudel for the tenth wicket, but Mausam Dhakal tied the game by bowling Kamal.

In bowling, APF’s Kishore Mahato and Mausam Dhakal, who was named player of the match, took 4/4 wickets.

After the win, APF and Gandaki have collected 5 points after playing 3 matches with 2 wins and 1 tie. APF is first and Gandaki is second in net run rate. Army is in third place with 2 points from 2 games. Winless Karnali and Sudurpaschim are fourth and fifth.