Kenya vs Nepal 3rd ODI
Skip to content
Home Nepal PMcup: Madhesh Province reached the semi-finals for the first time by holding Bagmati to a TIE 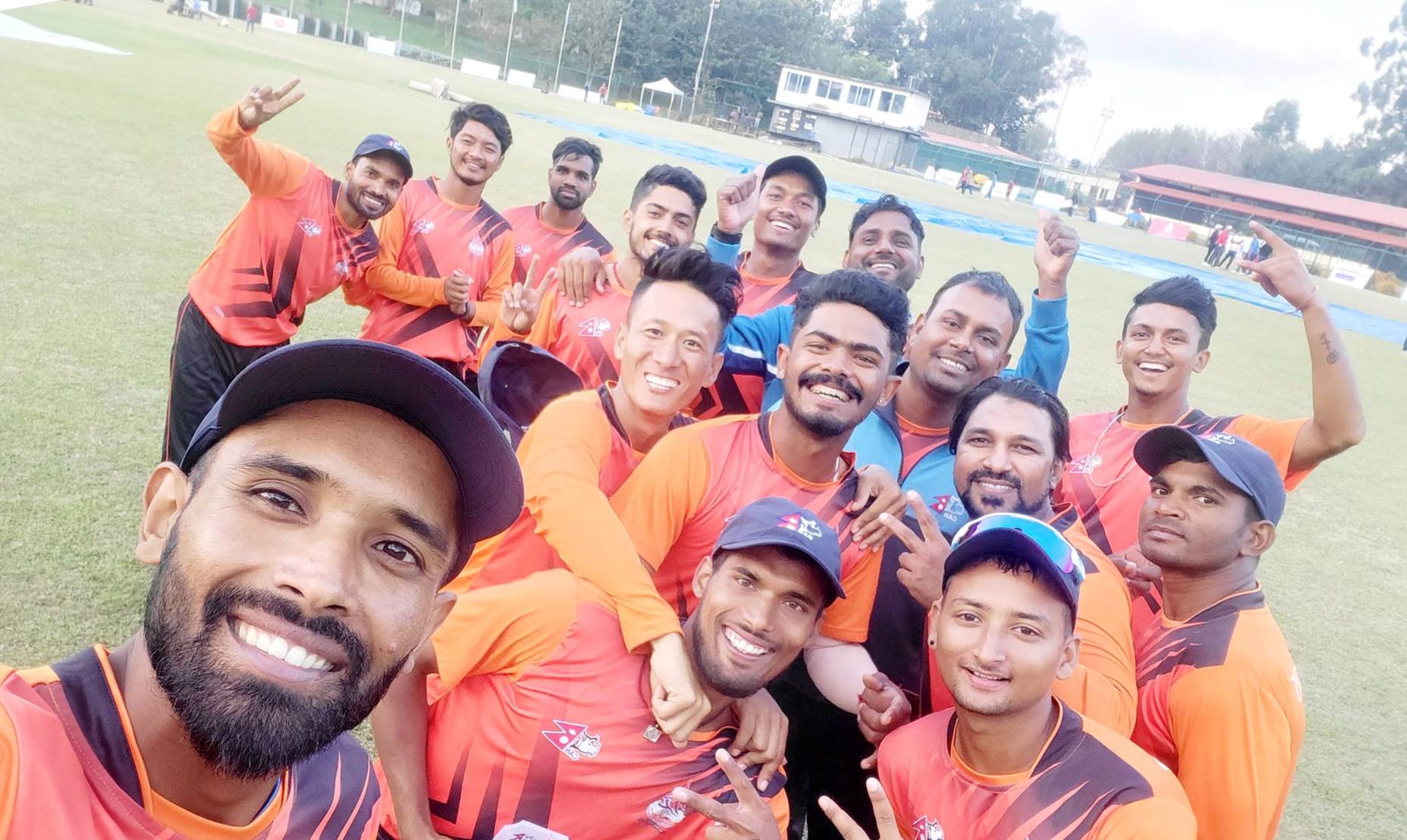 Madhes secured their place in the last four by holding Bagmati to a draw at the Tribhuwan University International Cricket Ground Kirtipur today. Chasing a winning target of 191 runs, Bagmati scored 190 runs after losing all wickets with 4 balls remaining.

Chasing the target, Bagmati lost 7 wickets while scoring 175 runs. Pradeep Paswan stumped Bibek Magar, who scored 25 runs when 15 runs were needed for victory, and brought Madhesh back into the game. Then Surya Tamang, who scored 28 runs with 2 runs needed to win, was caught out by Paswan while playing a big shot. Needing 3 runs in 2 overs to win, Rupesh Singh conceded only 2 runs in the 49th over.

Having lost 9 wickets, Bagmati needed only 1 run in the last over to win. But Rajesh Yadav leveled the match who trapped Bagmati’s Region Dhakal LBW at the crease in the second ball of the last over.

Bagmati’s top three batsmen Rit Gautam, Ishan Pandey and Prithu Baskota scored 32, 31 and 40 runs respectively while getting off to a good start. Captain Gyanendra Malla could score only 2 runs.

With the win, Madhesh has reached the semi-finals for the first time in the tournament, being in the second place with 5 points from 3 matches. In this group, Police has reached the last 4 by remaining at the top with 6 points. Now the match between Police and Madhes will decide the group winner. After playing 4 matches, 1 match was tied and other 3 matches were lost, Bagmati remained winless. Lumbini had 4 points in 4 games and Province-1 had 2 points in 4 games.

From Group A, APF has reached the semi-finals with 7 points from 4 matches. Now, if Karnali is defeated in tomorrow’s match, Army will enter the semi-finals as runners-up. But if Karnali wins, Gandaki will become the runner-up and reach the last four.

In today’s match at Mulpani Cricket Ground, Sudurpaschim won the consolation match by defeating Karnali by 5 wickets. Sudurpaschim achieved the winning target of 151 runs by losing 5 wickets in 29 overs and 4 balls.

Karnali, who lost the toss and batted first, lost all wickets in 38 overs and scored 150 runs. With the win, Sudurpaschim returned home with 2 points. This is the third consecutive defeat of Karnali, which has already been eliminated.