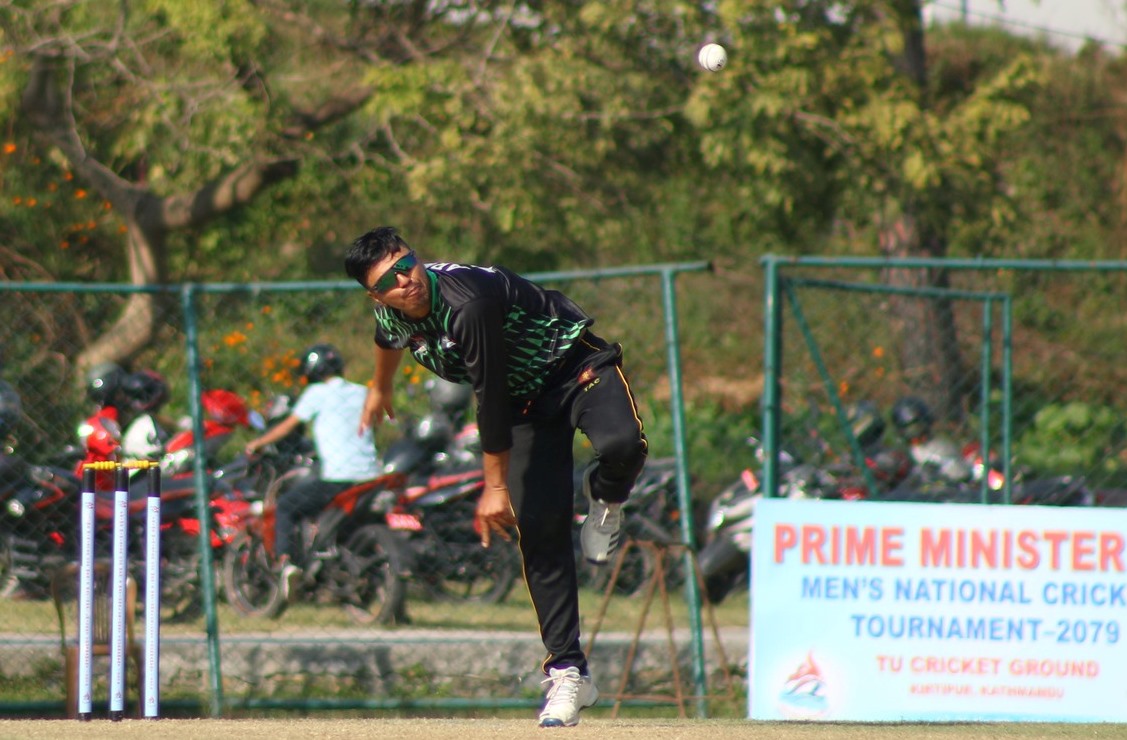 Army defeated Gandaki Pradesh by 69 runs on Sunday at Mulpani Cricket Ground. Chasing the target of 166 runs given by the Army, Gandaki was bowled out for 96 runs in 32 overs.

On the other hand, Susan Bhari took the most 5 wickets in Army’s easy victory. While registering the best spell of the ongoing tournament, the left-arm spinner took 5 wickets with 2 maidens in nine over by spending 14 runs. Similarly, Kushal Malla and Sahab Alam took wickets each respectively, while Bikram Sob had one wicket.

Before that, captain Binod Bhandari played a half-century innings for the army, who batted first. He got out for 54 runs off 79 balls with the help of 4 fours and 2 sixes. Similarly, Bikram Sob scored 39 runs, Anil Mandal scored 26 runs and Arjun Saud scored 13 runs.

With this victory, Army has maintained the possibility of semi-finals by making 4 points from 3 games.

Defeated Gandaki remains in second place with 5 points from 4 matches. APF Club has entered the semi-finals after winning three matches from this group.

Batting back with the target of 291 runs given by Lumbini, Province-1 was bowled out in 46 overs and managed to score only 251 runs.

Province-1 captain Siddhant Lohani played a half century innings of 74 runs but could not give the team victory. Ankit Subedi scored a half-century of 52 runs while Niraj Mukhia scored 46 runs. Sonu Mandal scored an unbeaten 20 and Sarawan Yadav scored 15 runs.

Before that, Lumbini, who won the toss and batted first, scored 290 runs after losing 8 wickets in 50 overs. Captain Dev Khanal played an innings of 89 runs for Lumbini. Akash Tripathi added 45 runs while Sandeep Razali scored 44 runs.

With the win, Lumbini is in third place with 4 points from 4 matches.

Province-1 has been eliminated from the tournament with three losses and one win.