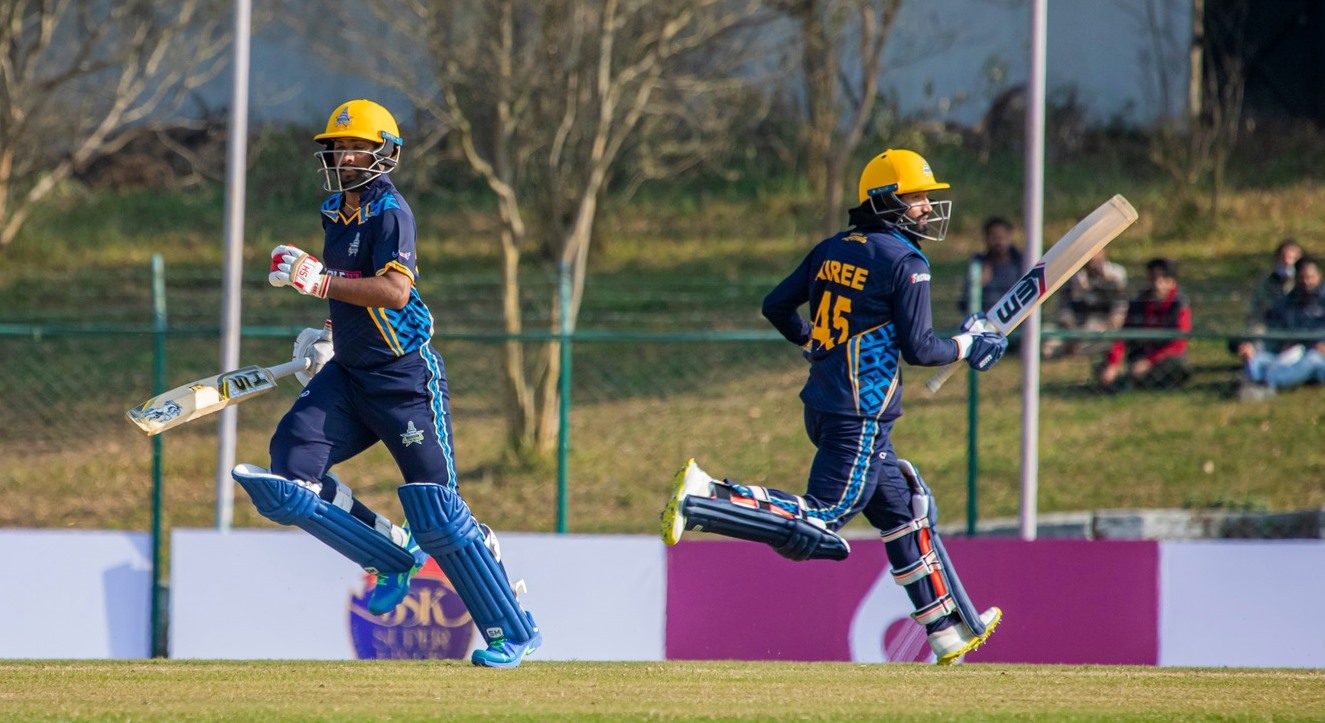 Lumbini All Star has made a winning start in the Nepal T-20 Cricket League. Lumbini defeated Far West United by 67 runs in the match played at the TU Cricket Ground in Kirtipur on Saturday.

Chasing the victory target of 153 runs given by Lumbini, Far West was reduced to 85 runs in 16.2 overs with the loss of all wickets. Apart from captain Hashmatullah Shahidi scoring 35 runs and Binod Bhandari scoring 13 runs for Far West, other batsmen could not reach double figures. In bowling, Dipendra Singh Airee took three wickets, Sagar Dhakal took two wickets and Pat Brown, Kishore Mahato and Bipul Sharma took one wicket each.

After losing the toss and being invited to bat at the University Cricket Ground, Kathmandu lost five wickets in the scheduled 19 overs and made a total of 162 runs. In reply, Pokhara could only score 136 after losing seven wickets in 19 overs.

For Pokhara, opener Upul Tharanga scored 44 runs off 34 balls with 6 fours. Similarly, Arif Shaikh scored 20, Amir Hamza and Abhimanyu Mithun scored 18 each, but other batsmen did not perform well.

Kathmandu, which had a bad start in the first innings, had already lost five wickets when they scored 48 runs. However, Sunam Gautam and Omarzai, who came to the crease at number five and six, shared 114 runs and led to a respectable total.

Due to the opening ceremony, the game was shortened by one over after a late start.

6 teams are participating in the league, which will be conducted till January 27th. The winner of the league will get a prize of Rs.55 lakh and the runner-up will get Rs.30 lakh.