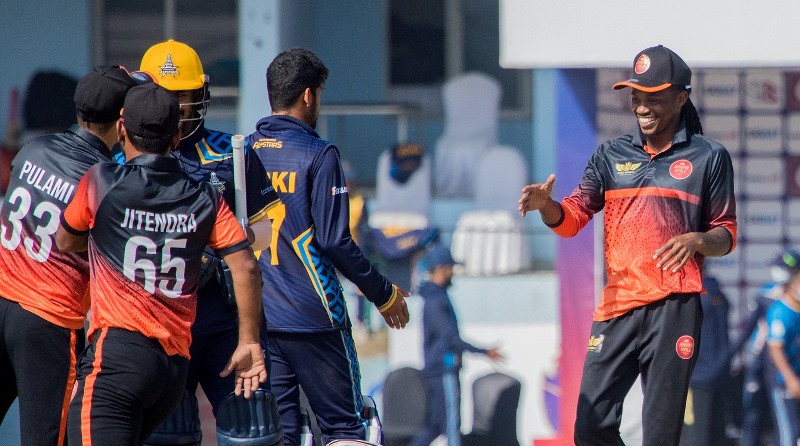 Janakpur Royals defeated Lumbini All Stars by 23 runs in their final game of the group stage in the ongoing 2022/23 Nepal T20. Despite already sealing the second spot and qualifying for the playoffs, the Royals were not in the mood of going easy.

After losing the toss and being asked to bat first, the Royals posted 159/6 in the allotted 17 overs.

Opener Shrafuddin Ashraf scored 34 from 18 balls and was well-supported by Shamiullah Shinwari (20 from 11 balls). However, the real carnage began in the penultimate over.

Captain Trevon Griffith scored 21 runs from 5 balls bowled by Pat Brown. In the final over, Griffith scored 27 runs off Shadley van Schalkwyk. Griffith remained unbeaten on 47 from 11 balls. His stunning attack included 5 sixes and 3 fours. Sagar Dhakal picked 2/17 for the All Stars.

In reply, Lumbini All Stars were able to post 136/7 in the allotted 17 overs. Anil Sah (35), and Lahiru Milantha (32) offered some resistance. Captain Griffith also starred with the ball, picking 3/30 and was adjudged the Player of the Match. Similarly, Shamiullah Shinwari picked 3/20 for the Royals.

The Royals finish second in the league table with 14 points and a Net Run Rate of +0.667.