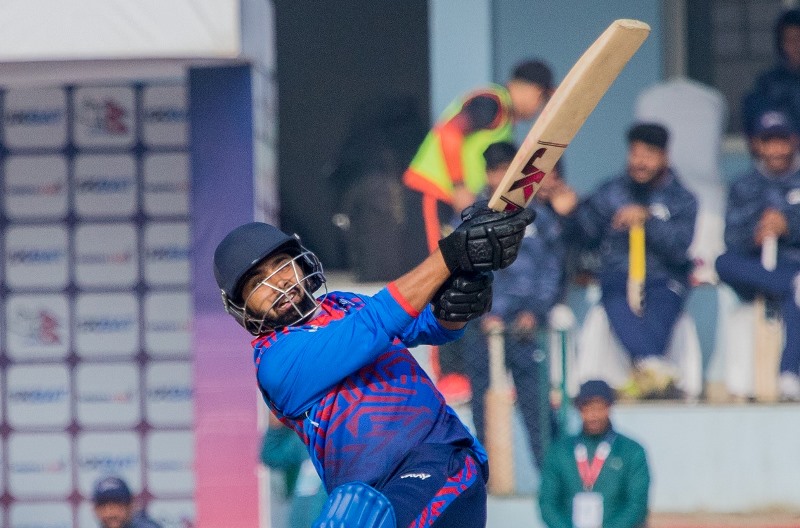 Kathmandu Knights defeated Janakpur Royals by 90 runs in the Nepal T20 League on Sunday, securing their third win in the league. The match took place at the TU Cricket Ground in Kirtipur.

After losing the toss and being asked to bat first, Kathmandu put up a strong performance, scoring 180 runs in the scheduled 20 overs, losing six wickets.

For Janakpur, Jitendra Mukhia was the pick of the bowlers, taking three wickets in four overs, while Sarafudin Ashraf and Trevon Griffith took one wicket each.

In the chase, Janakpur fell short of the target, getting all out for 90 runs in 19.1 overs. Sarafudin Ashraf was the top scorer for Janakpur with 37 runs, while Sompal Kami scored 21.