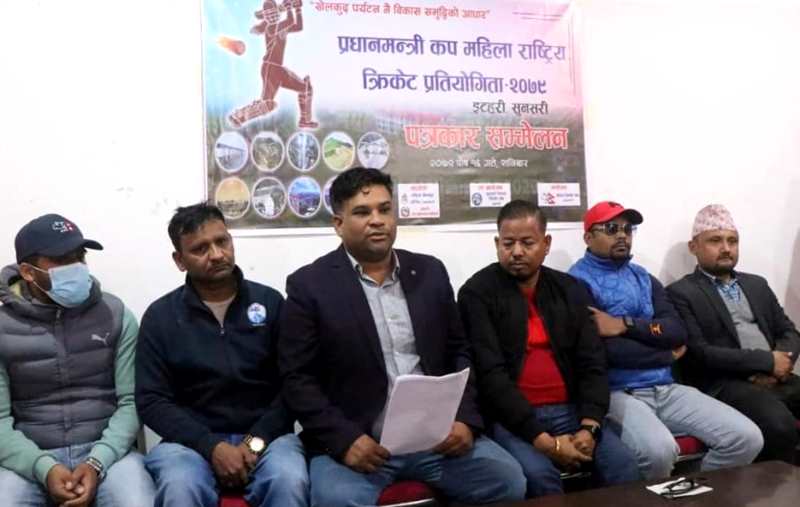 The Prime Minister’s Cup National Women’s T20 Cricket Tournament is going to be held at Itahari in Sunsari.

Organizers said that 8 teams from 7 provincial and departmental teams Nepal APF Club will participate in the tournament which will be conducted with the support of National Sports Council at Janata Cricket Park located in Itahari-9. 8 teams will be divided into two groups and compete.

Also, the best player of each game will be awarded cash of 3,000. The organizers estimate that the total budget for the competition will be 11.3 million rupees.

It has been agreed that the National Sports Council will manage 40 lakhs and the remaining amount will be managed by the Nepal Cricket Association. The competition is going to be conducted with the slogan that sports tourism is the basis of development and prosperity.