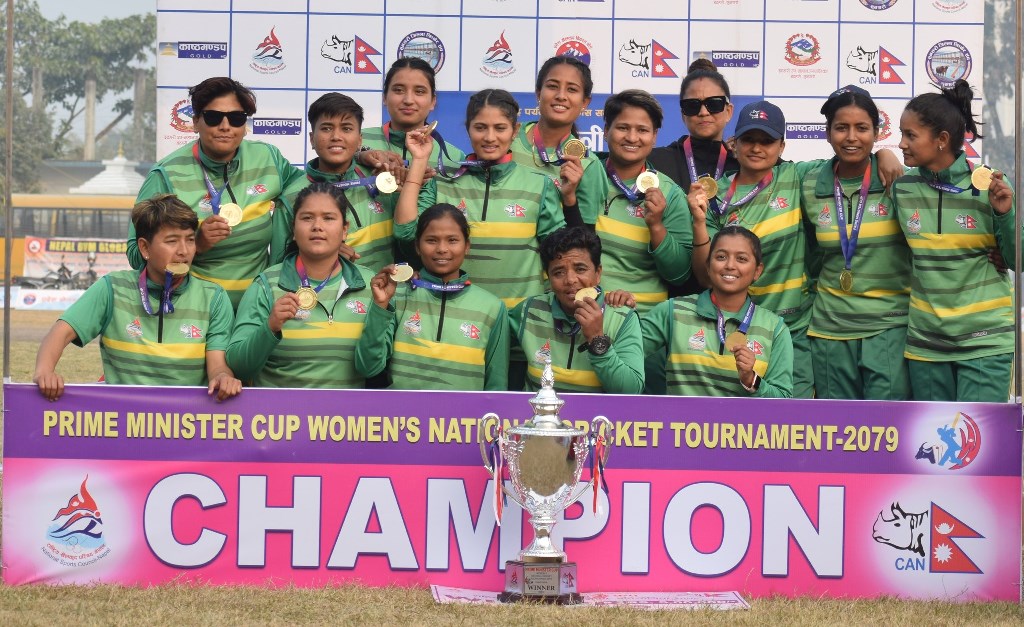 While chasing the target, Sudurpaschim scored 37 runs and lost 3 wickets. For the fourth wicket, Khadka shared a 35-run partnership with Dolly Bhatta. After Dolly’s dismissal in the fifteenth over, Samjhana and Kabita shared an unbeaten 30-run partnership for the fifth wicket to reach victory.

Sudurpaschim Province received a prize of five lakh rupees for their victory, while the runner-up Province-1 received three lakh rupees.

The tournament was organized by Nepal Cricket Association (CAN) and featured eight teams.