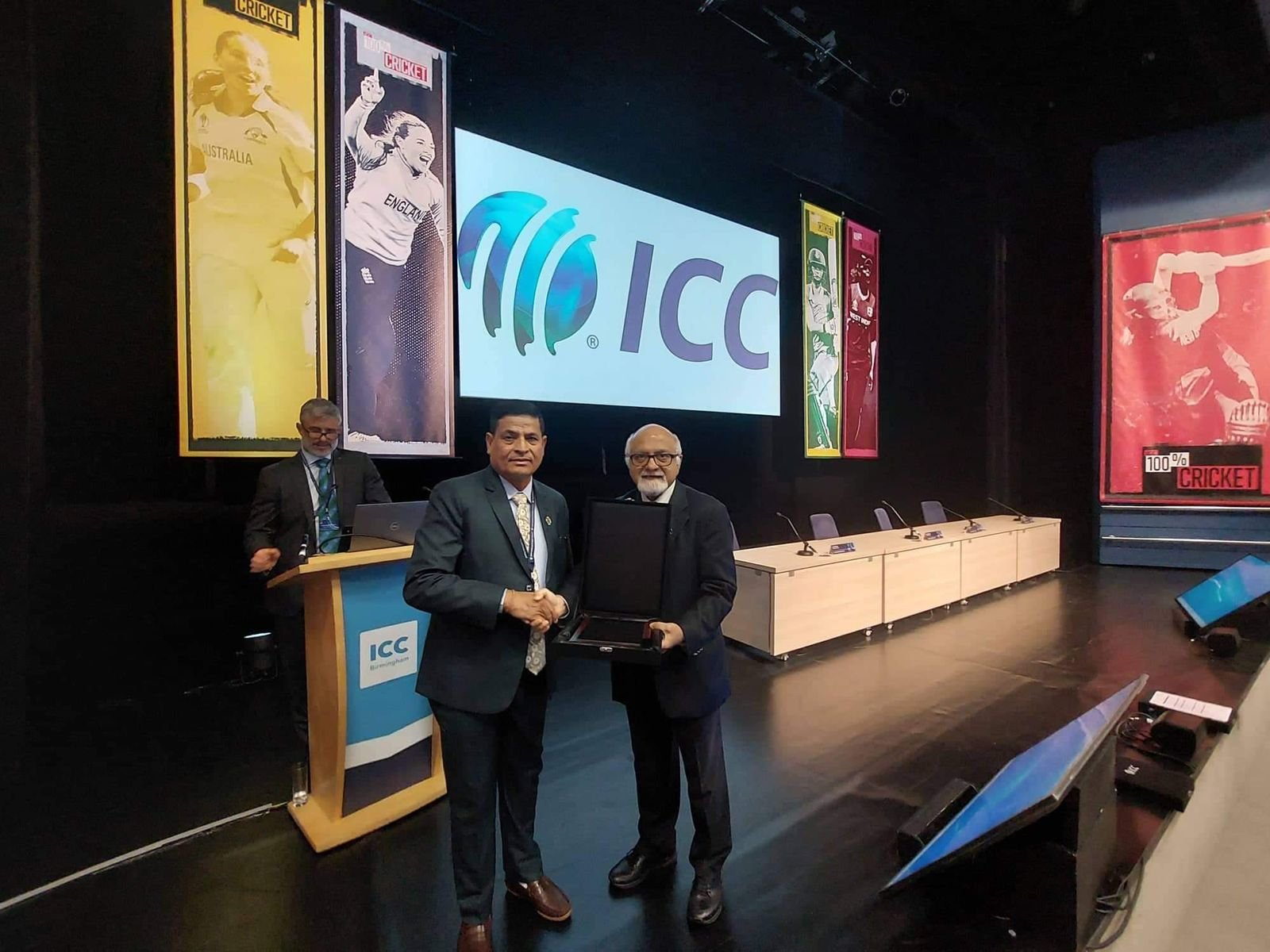 Chatur Bahadur Chand, the president of the Cricket Association of Nepal (CAN), has received Award in recognition of his outstanding dedication and commitment to the development and growth of cricket (in Nepal). During ICC’s annual conference, ICC gave a special award to all those administrators from different boards for their long service towards cricket.

Imran Khawaja, the deputy chair of the International Cricket Council (ICC), presented the award to Chand during the ceremony. Chand is currently in the U.K to attend the ICC annual conference and AGM in Birmingham. CAN’s president Chand has been involved in cricket in Nepal for over 25 years. He was the founding president of the Baitadi Cricket Association in 2055. After that, five years later in 2060, he became the central committee member of CAN. Soon after, Chand found himself as vice-president of CAN in 2063.

In 2071, he was elected for the first time in CAN. Representatives from 107 member countries participated in Annual General Meeting. 18 cricket administrators from different countries were awarded a long service award for their contribution to their respective countries.

Delighted by the fact that ICC appreciated his contribution, Chand, on receiving the precious award, remarked the award is the success of the whole Nepali. Along with Chand, Prashant Malla, secretary of CAN, also participated in AGM. The Annual General Meeting concluded on Tuesday.

Both Chand and Malla also met Grey Barclay, the chair of ICC, who is positive regarding current cricket developments in Nepali cricket and accepted Malla’s invitation to visit Nepal in the future.

Two days ago Pankaj Khimji, Chairman of the Oman Cricket Board and Vice President of the Asian Cricket Council, was elected as the ICC Associate Member Directors.