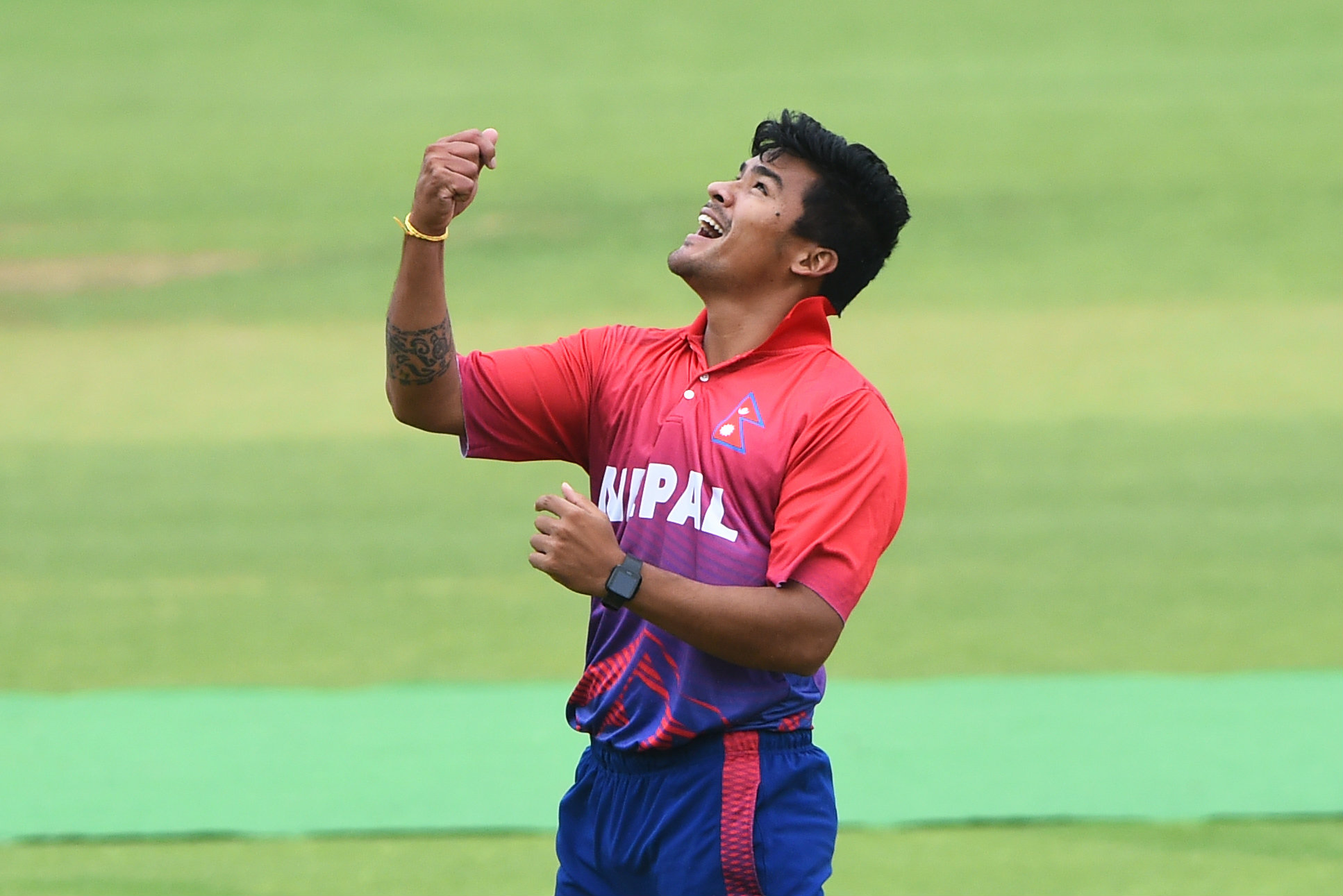 Bowling has been Nepal’s biggest strength. Bowlers have won countless matches on their own. Sometimes defending below par total and sometimes when the match was in a crunch situation.

We take a look at the five best spells bowled by Nepali bowlers.

Karan KC has been fans’ favourite ever since his epic knock against Canada that sent Nepal into CWC qualifiers. He has produced many such outstanding performances for Nepal in both formats. In the process, he became the first Nepali bowler to pick a five-wicket haul in T20Is.

The match was against PNG during the home tri-series in 2021. Chasing 204, PNG were put on the back foot by Karan KC as he dismissed both opening batters for a single run. However, PNG continued to fight and build partnerships. He then came back at the death overs and took a hat-trick in the last over of the match. Karan also became the first Nepali bowler to complete a hat-trick in T20I.

Courtesy of his spell, Nepal registered a resounding 37-run win over PNG.

The 2015 ICC T20 World Cup Qualifier was one of the most disappointing tournaments Nepal ever had. Basant Regmi, popularly known as crisis man, had one spell against Hong Kong which was among the few bright moments in the entire tour.

Nepal were bowled out for partly 109 in the first innings. Only a miracle from Nepali bowlers would have given them victory. The miracle didn’t happen and it was too much to ask from Nepali bowlers as well defending a mere 110. However, Regmi, as always, gave his best effort picking four out of five wickets (leaking 16 runs).

Basant was introduced in the 9th over of the match and he picked a wicket in each of his four overs to keep Nepal in the game. It was his effort that Nepal dragged the game to the last over (Hong Kong chased down in 19.1 overs).

In the round-robin game against the Netherlands during Pentagular Series in 2019, Karan KC scalped four wickets in the first innings of the match.

Putting a break on Netherlands’ quick start, Karan picked his first wicket in the form of Antonius Staal (21 off 14) in the last over of the powerplay. His bowling figure read: 3.3-0-17-4 on that day. However, his bowling effort alone was not going to be enough. Karan scored 31 off 14 balls while batting at 7 and took Nepal home by 4 wickets.

Dipendra registered his best bowling figure earlier this year in April against PNG. Nepal’s talisman was fresh from his 38-ball 54 in the first innings of the match. His knock helped Nepal to post 168-6 in the big final of the tri-series, it looked like Nepal were a few runs short given the batting-friendly pitch in T.U.

However, Airee was not going to waste his batting decent effort. He took three out of four PNG’s top-order wickets including the big wicket of Tony Ura (dismissed for a duck). His final wicket was Chad Sopper.

Nepal won the match comfortably by 50 runs and the tri-series as well.

This spell from current Skipper Sandeep Lamichhane goes unnoticed most of the time. He took 4/20 in his four-over spell in the same game that Karan KC shone with both bat (31 off 14 balls) and ball (4/17).