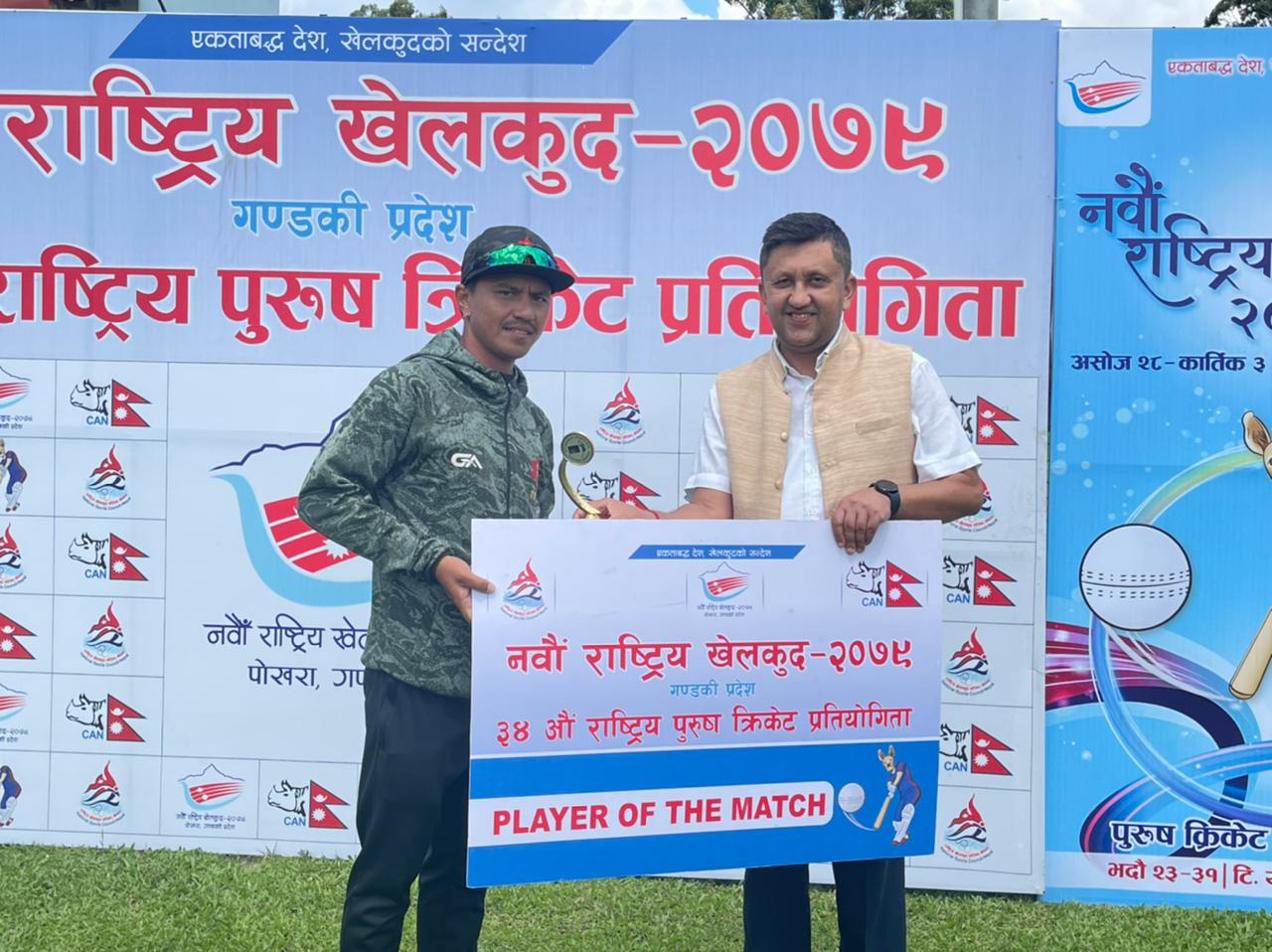 The departmental team Tribhuwan Army Club defeated Madhesh Province in the first match of the day at T.U ground whereas Nepal Police Club hammered Karnali Province by 76 runs in the second match. Similarly, once again both matches scheduled at Mulpani were washed out.

Courtesy of discipline bowling efforts from Sushan Bhari (2/11), Sompal Kami (2/27) and Hari Chauhan (1/22) helped Army to restrict Madhesh Province to 104/7. The opener Santosh Karki (21) and Skipper Hasim Ansari (20) were the two batters to score at least 20 runs in their innings.

Chasing a modest 105, Tribhuwan Army Club chased down the down in 18.1 overs, losing four wickets. Skipper Binod Bhandari top-scored batting chart with an unbeaten 34, whereas Rohit Paudel was run-out on run-a-ball 25.

Aadil Alam, Rupesh Singh, and Harishankar Shah all grabbed one wicket apiece in the second innings. Spinner Bhari was awarded player of the match for his tight bowling.

Nepal Police Club, full of national players, were too strong for Lumbini Province as they registered a comfortable 76-run win. The victory was set up by batters in the first innings as they posted 204/4.

Kushal Bhurtel found his rhythm during his 36-ball 75 (7 fours and 5 sixes) whereas his opening partner Sunil Dhamala, who blasted quick fire 46 yesterday, made a steady 36 off 31 balls.

Chasing mammoth 205, Lumbini Province were limited to 128/7. While all-rounder Basir Ahamad remained unbeaten on 46 (one four and four sixes), Saurav Khanal made 24 (3 fours and 1 six).

Kushal Bhurtel was named player of the match for his sublime 75.