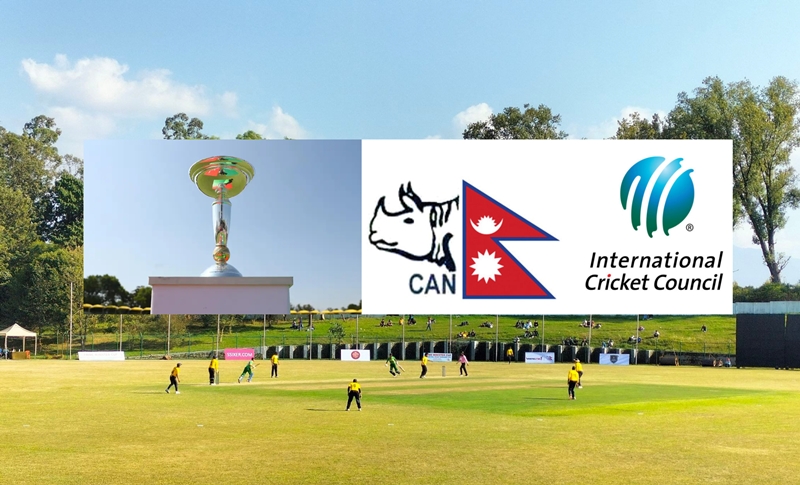 The International Cricket Council (ICC) has made Nepal a co-host for the U-19 Women’s World Cup to be held in 2027.

ICC has given Nepal and Bangladesh the opportunity to jointly host the U-19 Women’s World Cup in 2027.

After getting the opportunity to co-organize the U-19 Women’s World Cup, Acting Secretary of Nepal Cricket Association Prashant Bikram Malla expressed his happiness in a conversation with WicketNepal and informed that Nepal will organize the matches including one semi-final.

According to Malla, Nepal and Bangladesh will use 2/2 each of 4 fields for organizing the tournament. But Nepal has proposed five different venues across the country to the ICC. He informed that the ICC will visit Nepal in the near future, after which the venue will be selected.

In 2010, when the ICC Division-5 tournament was organized, Nepal used the Army School Ground of Bhaktapur along with TU Ground Kirtipur and Pulchowk Engineering College ground. It has been a long time since CAN stop organizing competitions at Pulchok and Bhaktapur grounds. Apart from TU Cricket ground, two ground are active in Mulpani, Dang and Bhairahawa also have ground that can be held.

After hosting the IC World Cricket League Division-5 tournament in 2010, Nepal did not get the opportunity to host a major ICC tournament. ICC is going to give Nepal an opportunity to organize a big tournament, which is organizing triangular ODI series under the World Cup League-2.

The ICC has announced the host nations of the World Cup in various age groups by issuing a notification on Sunday. Under that, from 2024 to 2027, Nepal along with Bangladesh, Zimbabwe, Namibia, Malaysia, and Thailand have got the opportunity to host the ICC U-19 World Cup.

The ICC U-19 Women’s T20 World Cup 2025 will be hosted by Thailand and Malaysia. Similarly, the 2027 edition will be jointly organized by Nepal and Bangladesh.