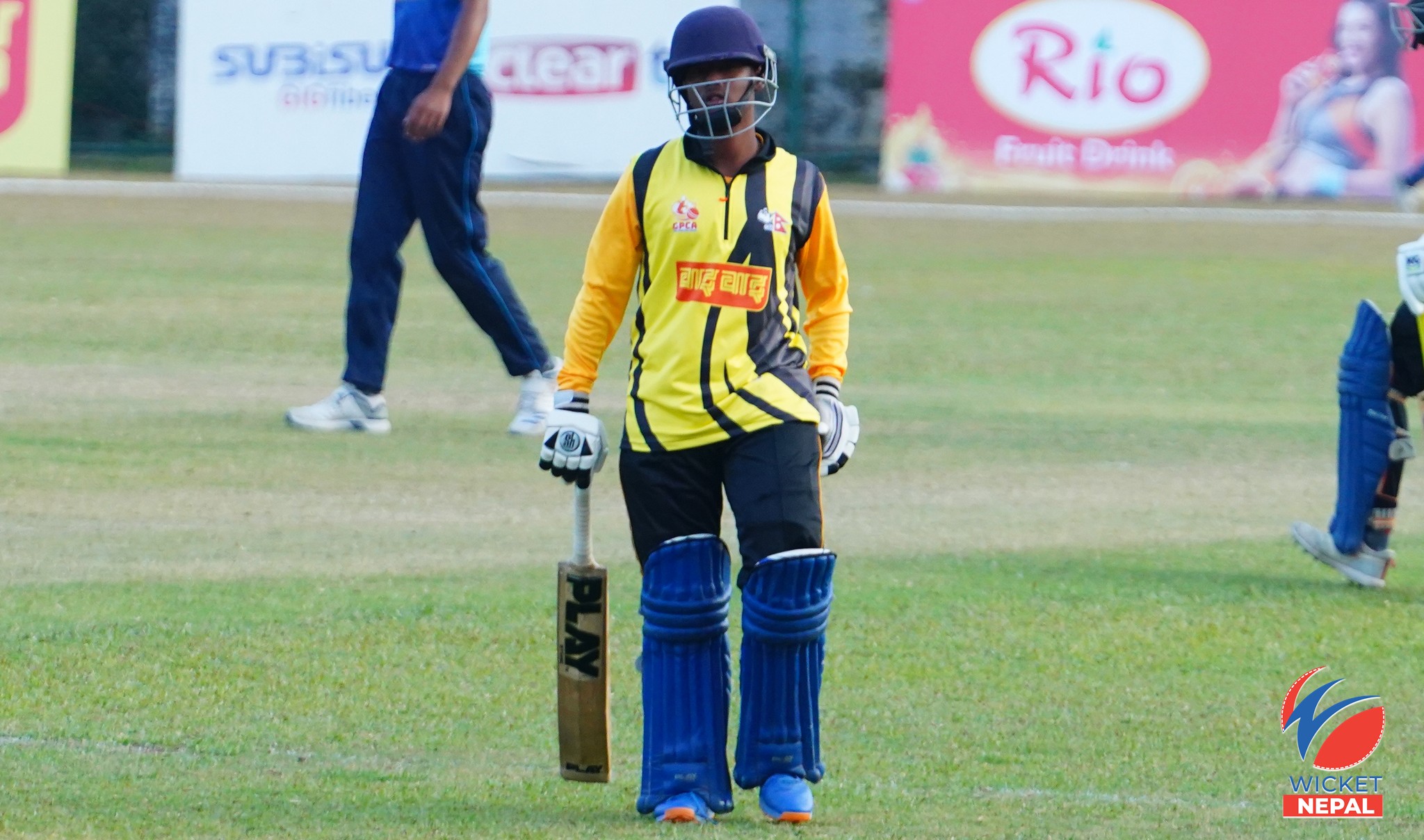 Bagmati Province U-19 defeated Gandaki Province U-19 by 74 runs in the opening match of the Under-19 National Cricket Tournament, which started today in Kathmandu.

Chasing the target of 294 runs given by Bagmati, Gandaki scored only 219 runs in 45.4 overs in the match held at TU Cricket Ground Kirtipur.

Although Gandaki opener Arjun Kumal scored 98 runs, other batsmen could not support him. Kumal, who was 2 runs short of making his first century, hit 9 fours and 1 six off 119 balls. Cibrin Shrestha scored 21 runs while Govind Bk, Karan pangeni and Subash Bhandari scored 13 runs.

The U-19 team participation tournament of seven provinces will be held from November 23 to December 5.

The tournament will be held in single round-robin format. After all the seven teams play 1/1 matches against each other, the two teams who are best in the points’ table will play the finals. There will be a total of 22 matches in the tournament, including the finals.

The previous edition of the tournament was won by Lumbini Province in which they defeated Sudurpaschim Province by 113 runs.