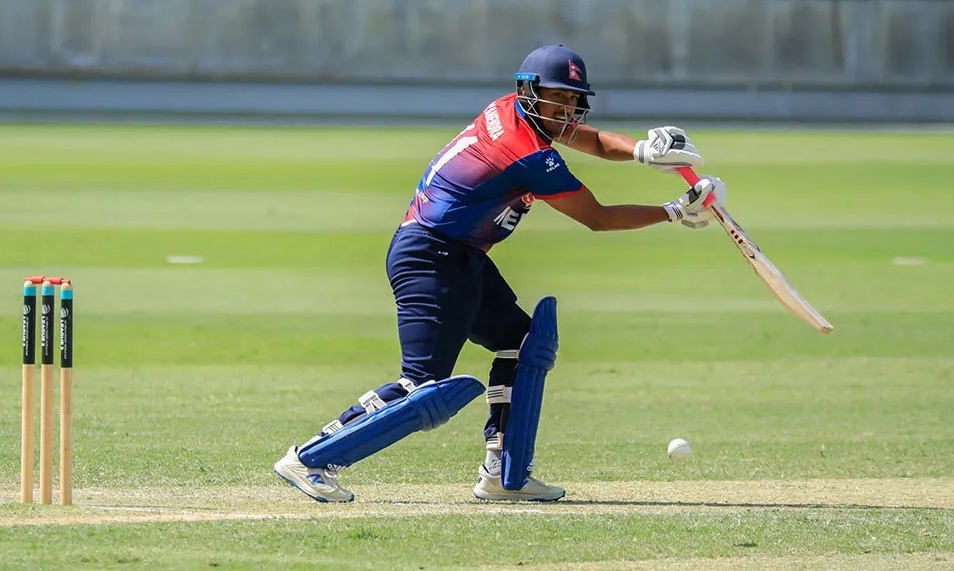 Under the ICC World Cup League-2 ongoing triangular ODI series in Namibia, the match between Nepal and host Namibia ended without result due to rain.

Chasing the target of 198 runs given by Nepal in Windhoek, Namibia scored 4 runs without losing a wicket while batting 0.4 overs in the second innings. In the same situation, the game could not be resumed after the rain interrupted the game. As the match was scoreless, both teams shared 1-1 points.

After losing the toss and batting at the United Cricket Club ground, Nepal made 197 after losing 9 wickets in 50 overs.

Gyanendra Malla played the highest innings of 75 runs for Nepal. He hit 7 fours and 2 sixes in 94 balls. With today’s half-century, Gyanendra became the first player from Nepal to score six half-centuries in ODIs. After him, Aasif Sheikh and Rohit Paudel have scored five fifties each.

With the loss of 3 wickets for 84 runs, Gyanendra and Aarif shared a partnership of 67 runs. Apart from that, there was no other big partnership in the game.

After getting 1 point, Nepal has reached 18 points in 21 games. After playing 21 matches, Nepal has 8 wins, 11 losses, 1 draw and 1 match without result. Namibia is fourth in the points’ table with 33 points from 28 matches.