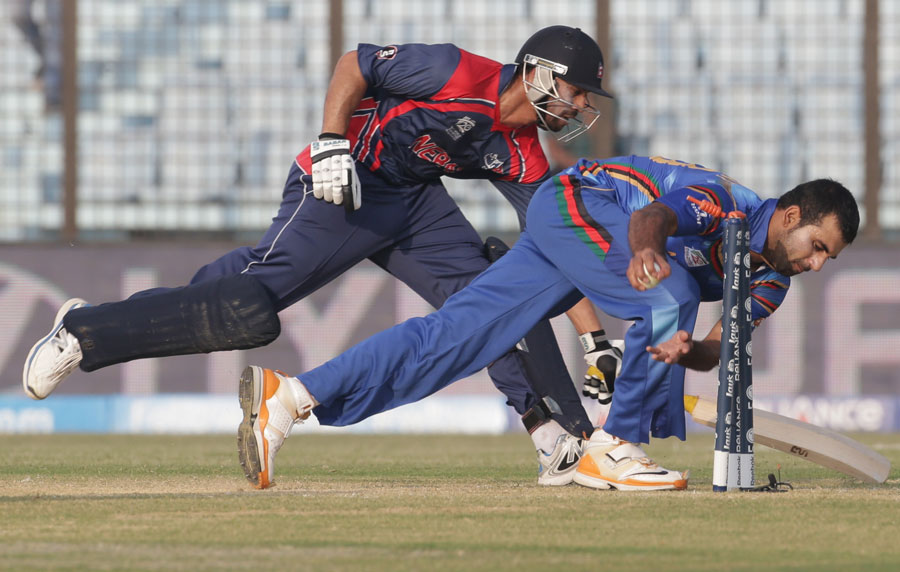 The most epic match by all means is over. Nepal created history by beating Afghanistan just when it mattered. Though there are many that can be drawn, here are few conclusions I managed from the match.

‘Karma’ for M Nabi: First I thought it was a missed chance, second miscommunication between fielders, but then I realized, M Nabi had aborted the catch. He simply didn’t feel like going for the catch. Nawroz Mangal and bowler S Zadran were livid with captain’s decision to not go for the catch. Later on, when Nabi came on to bat, he was given LBW when the ball was missing the leg stump. A poor decision indeed and harsh for the batsman but may be for that split second, it was Nabi’s Karma which came back hard on him plucking out umpire’s index finger.

Sompal one of the fastest bowler in the world: 141 can easily mark you as a fast bowler, believe it or not, for the height Sompal is, it is quite amazing he generates such pace. It’s not that there aren’t fast bowlers all around the world but for the height that he has and if we make a cut off height for fast bowlers, Sompal simply is one of the fastest bowlers in the world. With age and stamina subject to development, days aren’t far he may clock 90 miles an hour in few years’ time.

Shaun Pollock believed in Cricket played by Nepal: It was before last 5 overs of the game, when S Pollock said that he backs Nepal to pull it off. Afghanistan had Asghar Stanikzai, their best ODI batsman and  Shafiqullah, the man in sublime touch, batting for them at that juncture and honestly they were the favorites as long as they didn’t lose any wicket(s), but Pollock believed in cricket, the circumstances created, the belief, and the talent shown by Nepal in the match. Eventually Nepal pulled it off.

Subash knows the occasions: Arguably, he is one of the best batsmen Nepal ever had. One of the reasons I say that is he make runs when it matters. He’s done it so many times before and in this match too he scored runs against good pace bowling attack. With Nepal’s record against quality pace bowling, Subash’s credentials has been the welcome development.

Sagar Pun: A poor man’s Paul Stirling: Whilst Paul Stirling is most sought out talent in Europe and Associates nations, Sagar Pun is Nepal’s answer to an opening batsman and handy off spin bowler. Sagar Pun has been jack-of-all-trades, master-of-none type of player for Nepal as he constantly remains involved in anything Nepal does brilliant or close to brilliant. Be it shots he plays, economical overs he bowls, outstanding fielding, superb catching: Sagar Pun is always in the thick of things Nepal do in field.