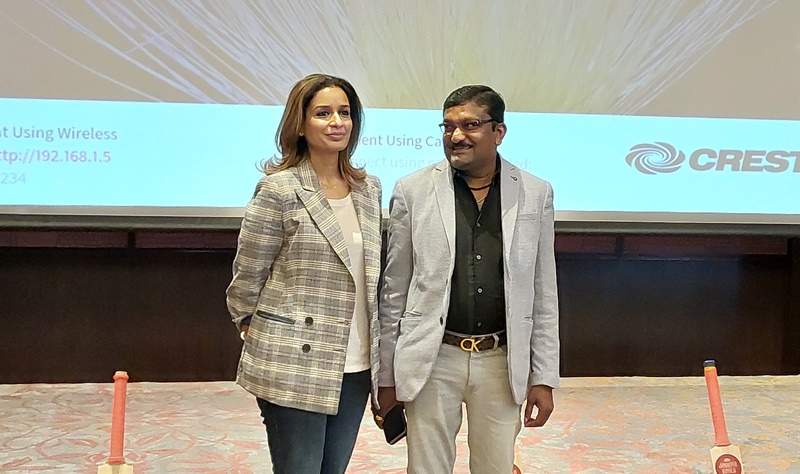 Two more teams have unveiled their team’s logo for the upcoming NepalT20 league to be held in late September this year. Biratnagar Super Kings and Janakpur Royals revealed their logo yesterday during the ceremony.

The Indian Owners have expressed their happiness to be involved in Nepali cricket through the NepalT20 league. Both Owners are Indian.

Mandira Lalvani, the face of the Biratnagar Super kings, showed her happiness on being able to be one of the stakeholders of the NepalT20 league. Lalvani said: ” Nepal is fertile land for Cricket. Nepali cricket is being talked about lately. I am happy to be associated with Nepal Cricket. Cricket is in my DNA. That’s why I became one of the parts of Nepali Cricket.”

Similarly, Janakpur Royals’ Owner Govinda Khandelwal also expressed his happiness after being involved in the NepalT20 league. Janakpur Goldsports Pvt. Ltd is owned by an Indian Company. “We are excited about this league. This will connect Nepali and Indian Cricket,” Khandelwal said.

Lumbini All stars have already unveiled their team logo last month. Six-team tournament will take place at T.U Ground between September 24 to October 22. CAN has already sold its commercial rights to the Indian Company Seven3sports.

Cricket Association of Nepal (CAN) has been claiming this league as Nepal’s first and only official T20 league. The competition has already been sanctioned by International Cricket Council (ICC) and NSC (National sports council).